Despite the miserable weather on Friday of last week, Muir and I headed off to the Annick Water this morning to complete two more sites for the National Electrofishing Programme. Results were poor but both sites produced salmon. However we recorded a species that I don’t think we’ve come across before in an Ayrshire river, Tench (Tinca tinca).

Only 3 small juveniles and despite adding some interest to the survey these are non-native and presumably have been introduced by anglers or have escaped from a still water. Non-native species, be they terrestrial or aquatic will compete with native species for the limited resources that their habitat has to offer. This is partly why it is illegal to introduce species out-with their native range and certainly not without licence from Marine Scotland Science. Another interesting find was a lamprey, often we come across brook lamprey however I think this is a river lamprey. 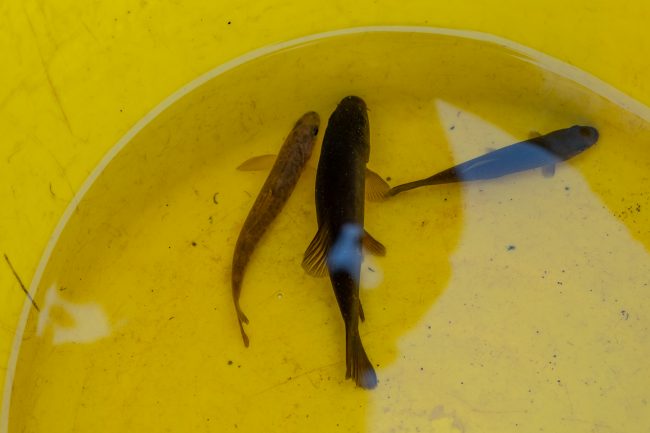 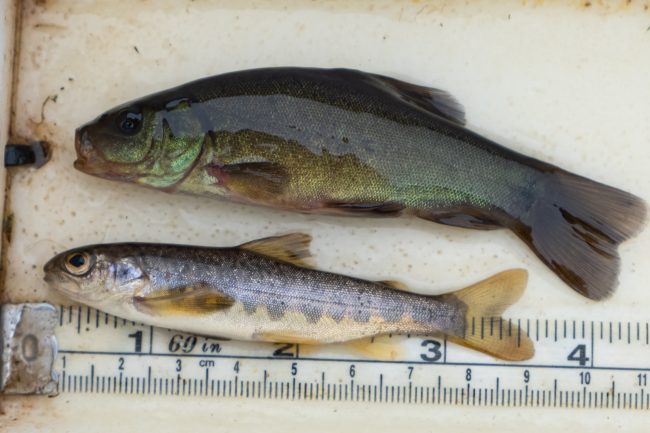 Tench and salmon side by side. Both are juveniles and came from the same habitat. One is meant to be present in Ayrshire and the other is not. 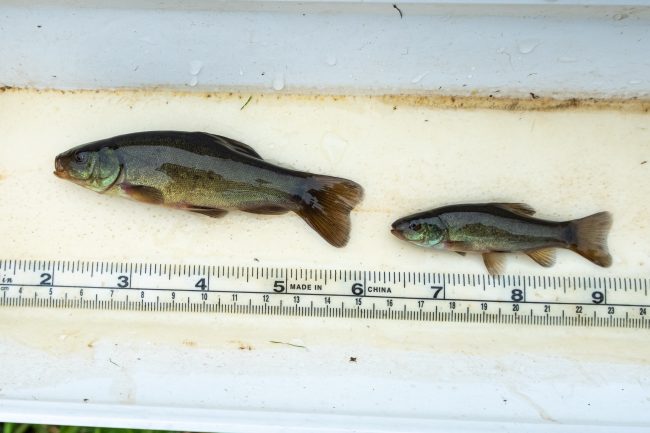 Tench are stunning wee fish but it is a real shame that they have been released illegally into a local river. Sadly, as it is an offence to release these when we come across them, we have therefore no option other than to euthanise them. The same applies to any angler catching them. 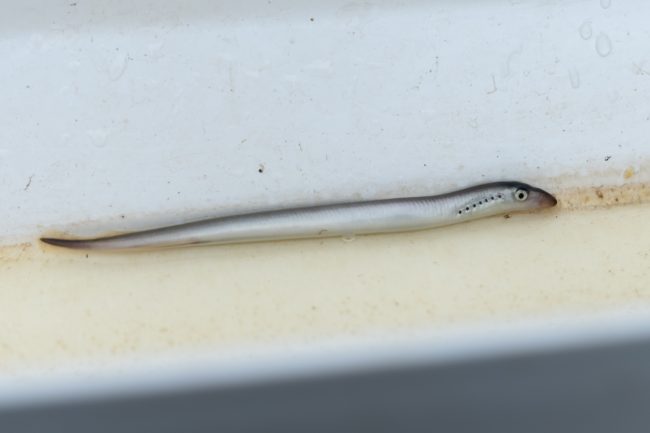