The first spate in May takes the smolts away Temperature loggers and today’s travels.

Trout rising to the hatch

We often hear complaints that there are no trout in the Ayr despite what we would consider to be a reasonably healthy population. The calls we hear in support of stocking aren’t unique to the Ayr and it seems this strategy is the first option for some clubs and anglers. Of course it all depends on your perspective and if you want large trout or easy to catch trout, stocking may be a solution but that doesn’t come without both a financial and environmental cost and it’s an approach we discourage. 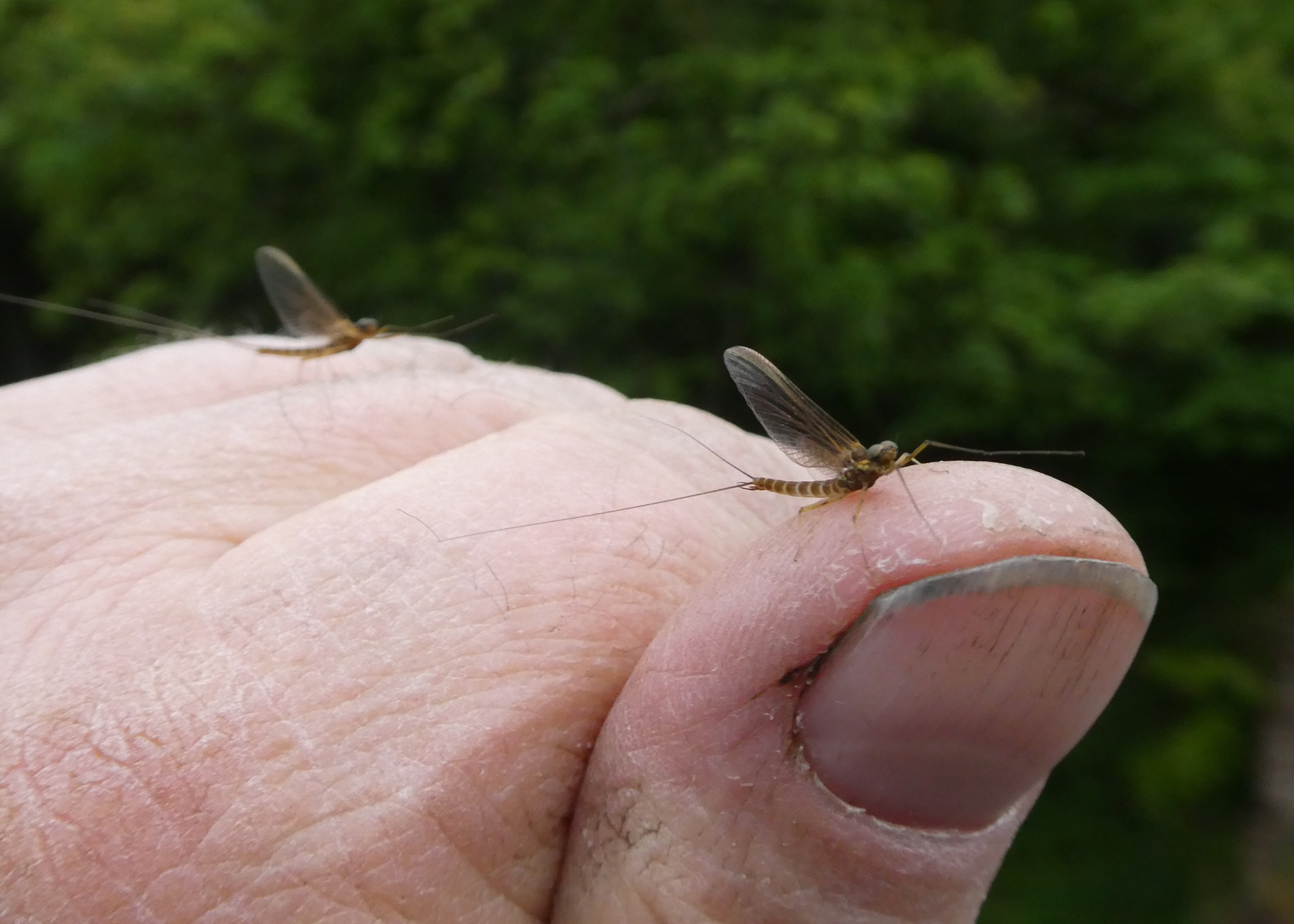 Last night I filmed trout rising to the hatch of Mayflies (or to be correct Baeris rhodani, the Large Dark Olive Mayfly or LDO as they are referred to by many anglers) in the middle reaches of the River Ayr. If anyone is in any doubt about the health of trout population, it is during hatches such as occurred last night that their concerns may best be eased. It isn’t just be the Ayr that has hatches like this but that’s where I live and walk most frequently and see them every year. Most of the Ayrshire rivers have reasonably good trout numbers and they too will have hatches that will bring the trout to the surface revealing their numbers. It’s just a case of looking at the right time of day and year. Follow this link to see what I’m going on about. https://www.youtube.com/watch?v=dT300kL60_Q&t=24s

We’ve previously posted videos of trout migrating into burns ahead of spawning and received comments such as “where were they all year?”  Well, here’s another video that illustrates a healthy trout population this time in Spring/early summer. If we had time and were currently able, I’d like to spend time filming hatches and trout rising such as demonstrated in this video on all our rivers but sadly we can’t. We’d be happy to post readers videos if they have them. Just share a link to them with us.

Here’s a link to the migration video I referred to that shows trout running a small waterfall in the Autumn.  https://www.youtube.com/watch?v=BmKnP-5V0LI

With trout like these not uncommon in most rivers, introducing ‘stockies’ for anglers to catch can lead to increased competition for both space and food and increased predation of  valuable juvenile salmon and trout. At least nowadays, any trout being introduced under license must be triploids which effectively means they can’t breed and weaken the genetics of wild fish that adapted over millennia to suit the local conditions but the question remains, are they really necessary?

2 Responses to Trout rising to the hatch