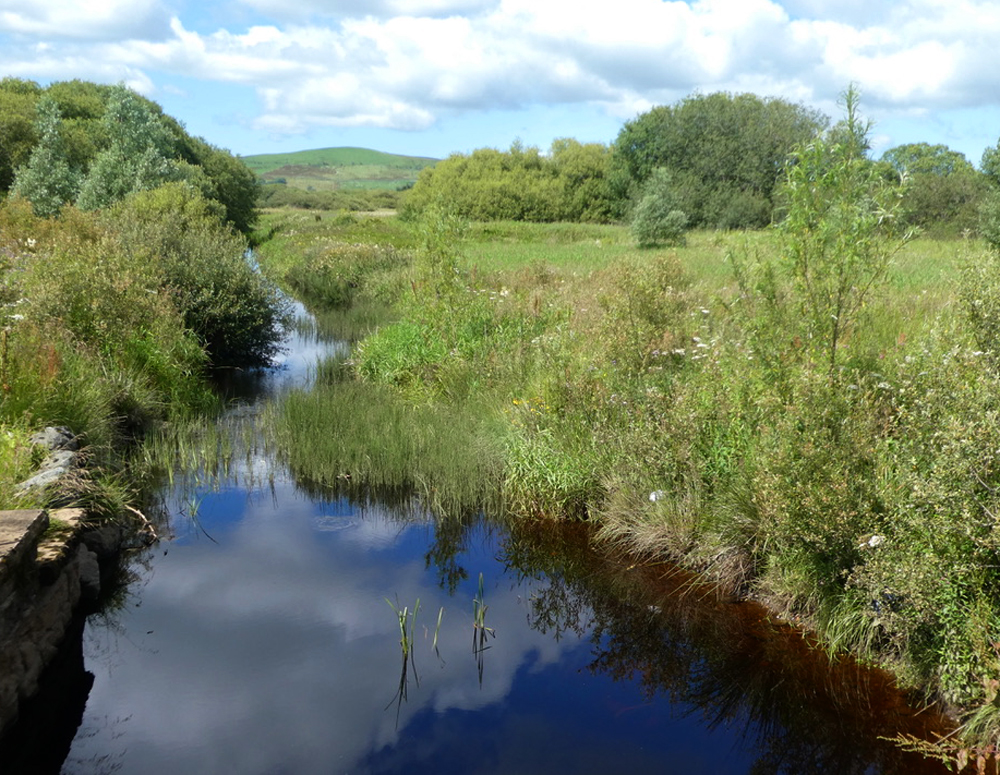 Downstream of Straiton Road at Dalmellington. We noted some of our willow cuttings planted a few years ago are thriving

We ended the day on the lower Muck Water at Dalmellington where we placed boulders in the site a few years ago to try and improve the habitat for salmon and trout. Placing boulders is not something we recommend due to SEPA CAR regulations however when done carefully, it appears to be having the desired effect and there’s no bank erosion as a result of our action which is a relief. 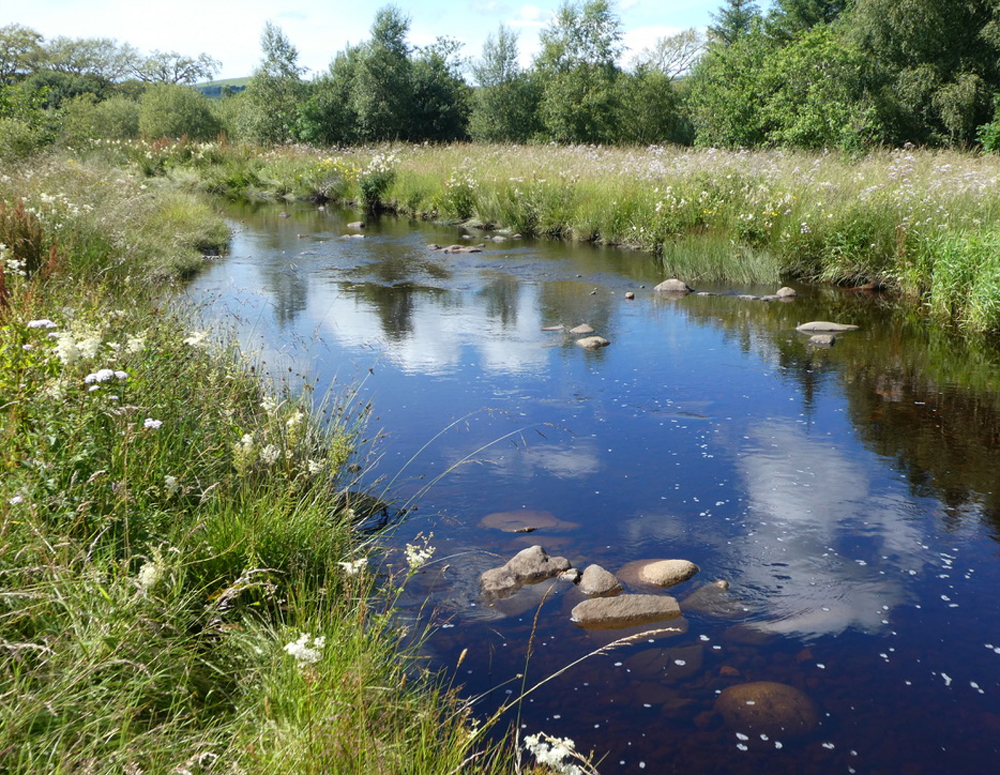 A more diverse habitat than existed before we added boulders. Gravel, cobbles and pebbles are being sorted and laid down while fish have better cover in what once was a relatively sterile shallow pool

Restoring habitat for the benefit of fish in an already modified and over wide and shallow habitat seemed like a sensible approach to us at the time and while it was experimental, we followed respected research papers when doing this. This of course caused the problem and was a lesson learned as inadvertently, we failed to take adequate notice of CAR and overstepped the boundary of what was acceptable. SEPA pulled us up for this. This approach is not advisable and we won’t make the same mistake again, however there are lessons to be learned and we don’t mind sharing when we make mistakes or have successes.

This habitat lacked diversity in flow, depth and cover. It had little going for it for salmonids other than good water quality. The site failed to produce good numbers of fry or parr as there was nowhere for them to hide and little spawning material built up. Since we installed the boulders, diverse flow patterns have emerged, gravel has built up behind boulders creating depth for spawning and downstream there’s deeper channels and suitable cover to support fish. Sinuosity is developing and gravel side bars can be seen. 100 years after alteration originally took place, we are seeing a slow change to more natural flow patterns. 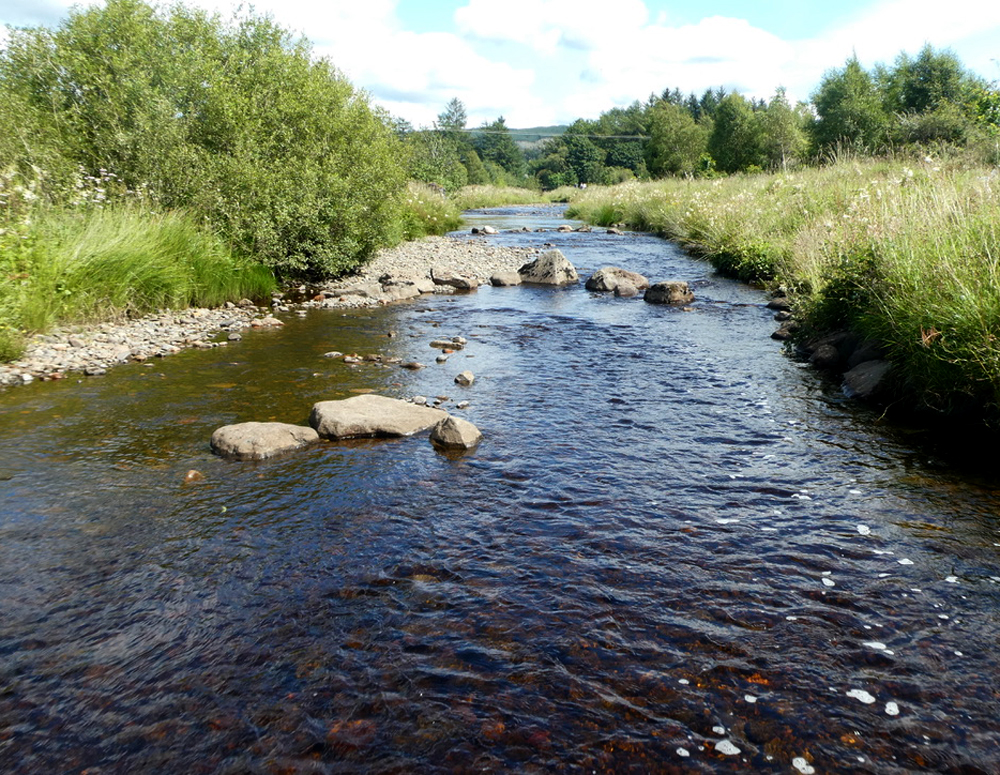 Boulders were place in upstream Vees to concentrate flows to the centre of the burn. Gravel deposits are building up and side bars are developing. Upstream of this site, the Muck was and is a naturally bouldery burn

We surevyed the site today and while we haven’t worked out the results, we can say it was well polutated with fry where we surveyed it and more importantly, there were parr too. Downstream in the deeper pool, parr were rising across the area that once was lacking juvenile fish. 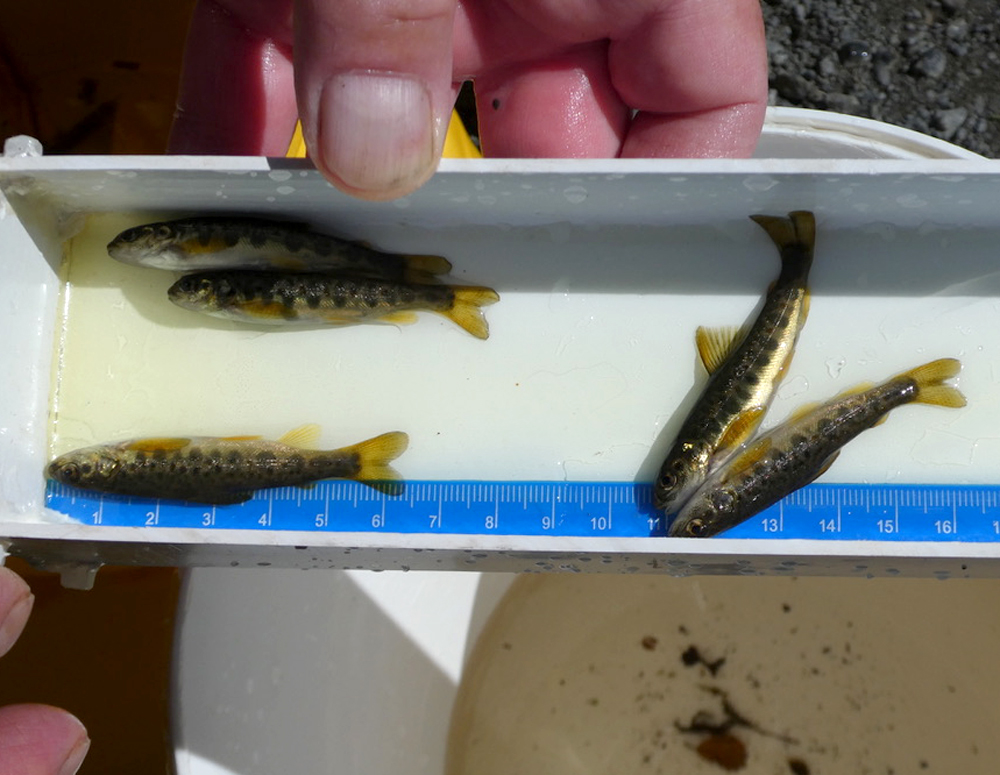 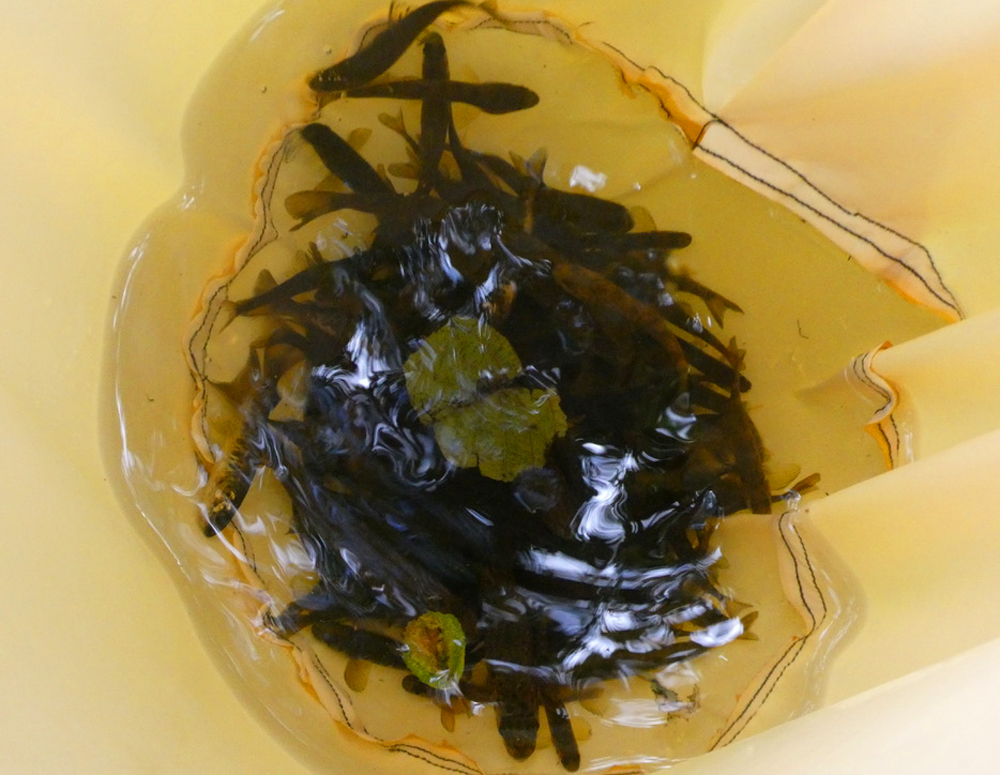 Salmon fry and parr were found in good number

We keep monitoring this site and are encouraged by what we see. There’s no doubt in our mind that some habitats will require considerable intervention to restore their functionality for fish and this may become a priority for Government agencies in future so there are lessons we can all learn from this.