Yesterday afternoon following a 15minute deluge in Kilmarnock, the Kilmarnock Water rose over 2m within an hour. MBV’s foreman told me that the level rose over 50cm in the time it took to put a pair of waders on by which time it was too late to enter the river. MBV are replacing the Storm Water Overflow for Kilmarnock’s  sewage system in the town. We have featured the works previously on this blog so check back to see earlier posts if you need more information.

As a result of the rapid flood event, a tracked machine and two 6 tonne dumpers were lost in the flood but luckily no one was injured. 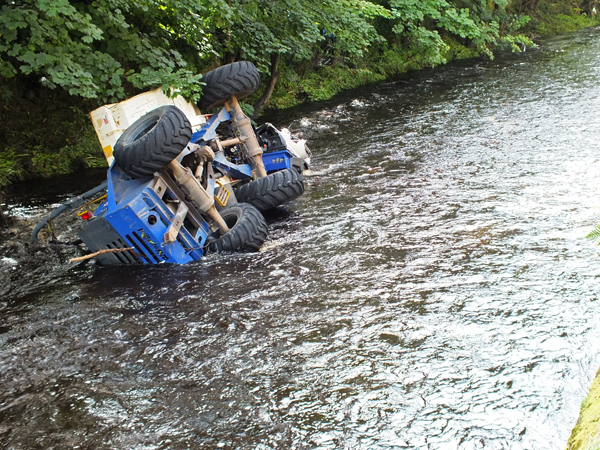 On its side and leaking diesel

The drivers of the dumpers escaped but the machineman was trapped in his cab and had to wait nervously for the fire service to rescue him with an inflatable boat and outboard. There is a video clip of the rescue available at STV’s website (just click this hyperlink)  bit.ly/PACbWv 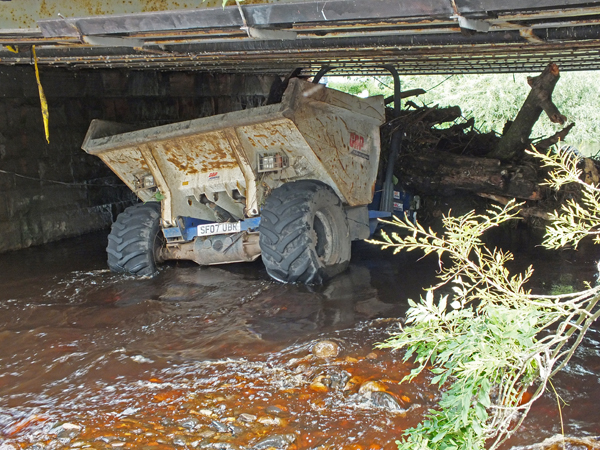 After floating downstream a few hundred metres, this dumper lodged firmly below a road bridge

Today after the floods subsided, I visited the site to see the damage for myself. MBV were trying to recover one of the dumpers from below a road bridge where it was firmly wedged by its roll bar and a load of debris and trees washed down the river. The other dumper was still lying on its side further upstream but leaking diesel to the river. 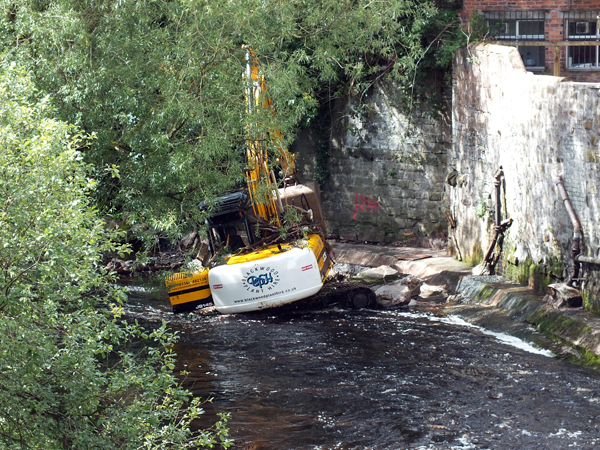 At the peak of the flood, the roof of the cab was just above the surface 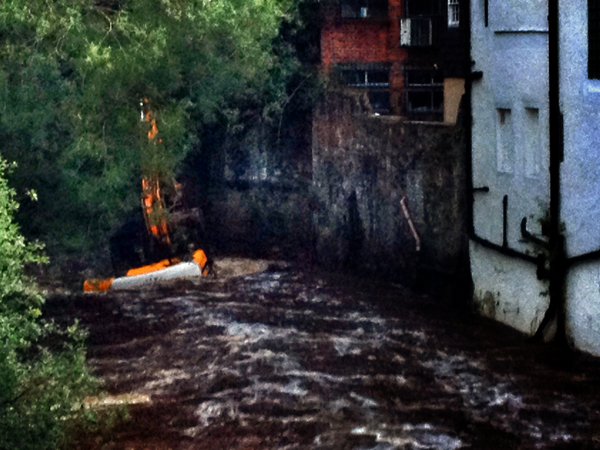 Image courtesy of mccartaigb from last night as the flood subsided

The tracked digger was where it stopped yesterday near the upstream limit of the works but there was no chance that it could be recovered today. The two dumpers will hopefully be removed by this evening. All three machines are write offs’ for insurance purposes. (Total value has to be in the region of £150K)

I called SEPA to ensure that this has been logged as a pollution incident and they were aware of the situation but hadn’t attended. I asked MBV’s foreman if this would delay completion of the works and he agreed that this seemed likely. Throughout the consultation process prior to the works, ART repeatedly warned the contractors and Scottish Water that losses of this nature were likely unless adequate escape plans were in place. MBV and Scottish Water seemed to have every eventuality covered but given the speed  that the river rose, I’m not sure how this situation could have been avoided. Thankfully the machines were all that was lost and will be replaced by insurance. 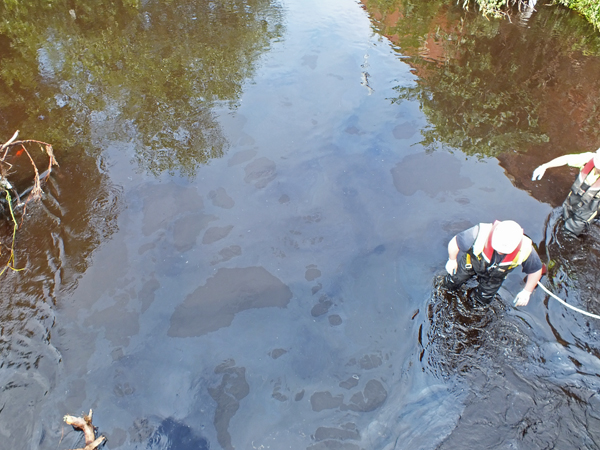 Although there was a small amount of diesel getting into the river, I didn’t see any dead fish and hopefully there will be  no lasting impacts from this incident. The hydrograph below shows the rapid rise in levels. The gauging station that records these levels is located within the site just downstream of the first dumper so povides an accurate record of the events. The hydrograph is taken from SEPA’s website.