Eels are a Protected Species!

The River Ayr Bailiffs just sent me photos of 2 large eels that have been hung from branches at Muirkirk on the upper river. Fishing for and killing eels is illegal and anyone caught doing so may be prosecuted. Eels caught accidentally must be carefully unhooked and returned alive to the water. Like it or not, this is the Law and bailiffs are there to uphold the Law. 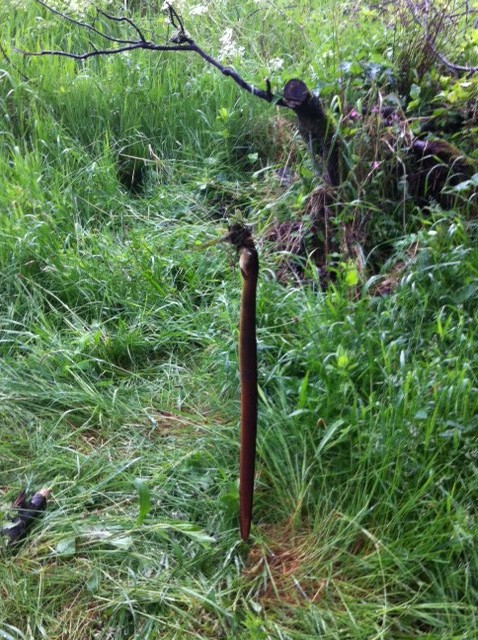 I think it’s fair to say that most eels are caught on a static worm and are only deep hooked and difficult to release if they are allowed time to swallow the bait. Laying a rod on the ground with the bait in the water is a sure way to catch eels but is also illegal (anyone laying a rod down with a baited hook in the water should be aware that they are also committing the offence of set lining and may be prosecuted for this).

I urge all anglers and club officials to spread the word as eels are in catastrophic decline across Europe, hence the protection that they have recently been afforded. European eels are on the ‘IUCN Red List ‘of species. (http://www.iucnredlist.org/details/60344/0 ). Current estimates  suggest that the species has suffered declines of at least 80% since 1980.  A club from the lower Irvine contacted us a couple of weeks ago, informing us that their members have noticed a lack of eels in the last few years. Eels such as the one in the photo may be over 20 years old and yet to reproduce. By killing these mature specemins before they have spawned adds to the problems that the species is  facing.

Anyone wanting more details of the protection or ecology of the species, please feel free to contact the Trust.