We are back at electrofishing after what has seemed like a very long winter and spring. Electrofishing is the highlight of the staff’s year allowing us to break free from the office for a month or two and find out what’s going on in the rivers.

With more rain falling last night, my planned surveys for the Lugton and Kilmarnock Water were postponed due to high or dirty water. Helen and I headed instead to the Pow Burn to check equipment was in order and to have a look to see if anything had improved since Brian and I last fished the burn in 2009. We visited an old site at Underwood where previously we found trout but this time we failed. There were a few eels, stone loach and one stickleback but that was it. Water quality was poor and the burn although low was opaque. Not very impressive.

I decided to look downstream at Brieryside Farm near the Airport. This was a new site and the habitat was good but once again there was a lack of fish. This time, only stone loach were recorded. 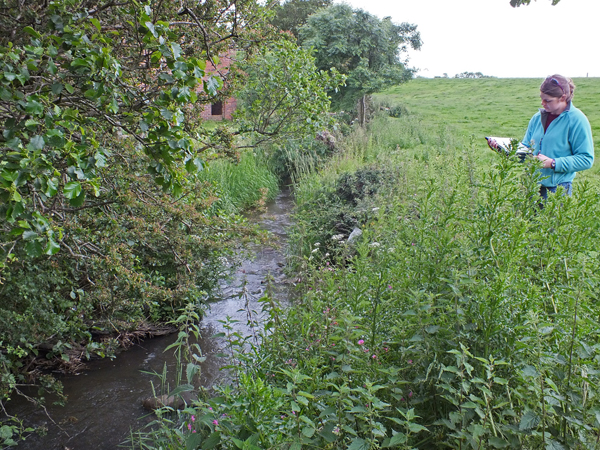 A likely spot for a trout but none appeared.

The lower Pow downstream of the Airport culvert hasn’t been good for as long as I can remember. I grew up on the banks of this burn and never saw anything but the occasional flounder in the mirky waters but in 2010, there was a pollution incident that resulted in a few trout being killed. I suspect there were only a few anyway and these were most likely as a result of someone stocking upstream (I know of someone who did). My question that I was trying to answer was ‘has anything survived to restock the lower reaches’? We decided to fish a short stretch near the old Pow Mill. Again the habitat should have supported a few trout but doesn’t appear to. There were a few eels but apart from that, no fish. Water quality appeared to be really poor and water hog louse invertebrates were abundant confirming that there are long term water quality problems in this area. 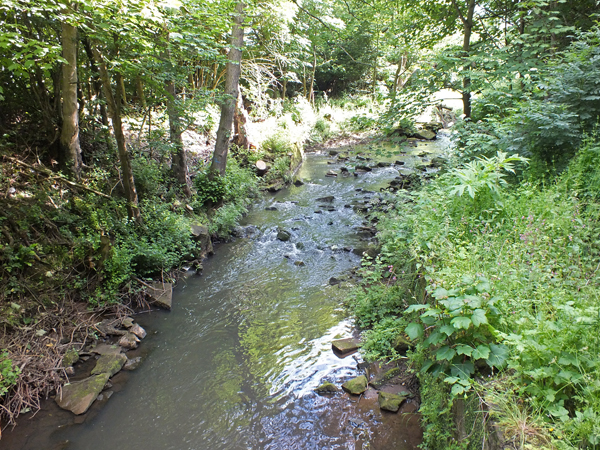 Nearly 50 years have passed since I first got to know the Pow Burn and I can’t really see any improvement in this time. The Glenburn Pit and the Airport used to be blamed for the problems. The Pit has gone and presumably the Airport meets all the latest requirements so we are now faced with a situation of ongoing problems and issues upstream. I hope that the work that SEPA has undertaken through their Priority Catchment Diffuse Pollution Initiative will bring about changes across Ayrshire but I have to say this burn is a long way off of reaching good ecological status based on our findings today.

I’ll review this post in another 50 years, hopefully with something more positive!