Once again we headed to the upper Doon catchment looking at burns. Although the burns rose overnight, they were still fishable. The Cummock Burn at Camlarg was just fishable and slightly coloured but I was keen to see what was there. I had memories of fishing this site with Brian and catching a couple of nice trout in the bridge pool and today was no different with a brace of beauties coming from below the deck. That’s where the fond memories ended. Today the burn failed to live up to expectation. When last fished in 2009, 62 salmon and 13 trout were recorded compared to the 8 trout encountered today. Salmon were heavily stocked in the burn annually but not since around 2006 (I’ll need to confirm the exact dates with Tam McClure from the hatchery).   High conductivity indicates enrichment and this stems from mine inputs as we reported yesterday. The bed of the burn was entirely coated with a thick mat of moss smothering the substrates, reducing spawning opportunities. 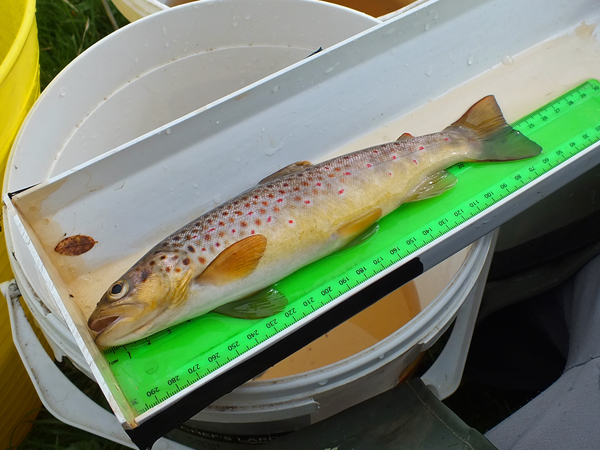 One of two very nice trout from below the bridge

Another burn that we visited was unnamed that rises from the forestry plantations near Loch Doon road. Again this burn was stocked previously so I was keen to see whether it maintained a salmon population today. It is a very small burn with only the lower reaches accessible however we quickly found salmon and trout fry and parr. I didn’t expect large numbers from such a small burn but it will be interesting to see how he result compares once the density is calculated.  10 salmon fry and 5 parr was  the total catch with a further 21 trout. 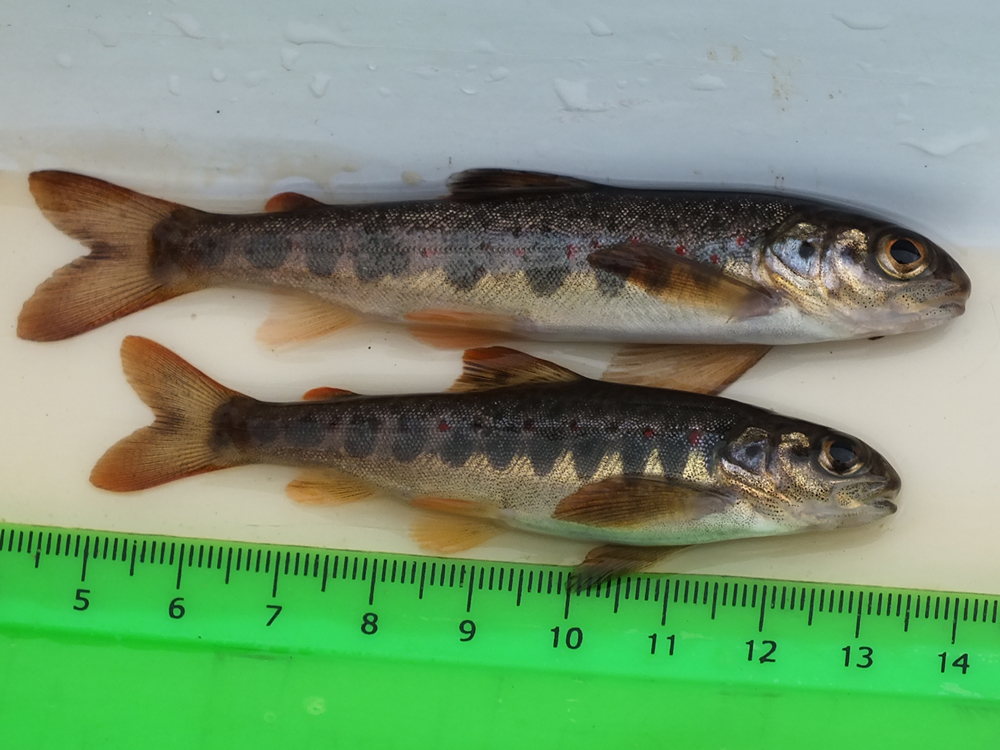 With this being Joni’s last day with us, we had to be back in the office early so we visited the last site of the day after a quick lunch. I’d never been at Dalcairnie Burn electrofishing before and was pleased to see that it appears to be of a high quality and relatively unspoiled. I expected more fish than appeared but the results weren’t too bad although slightly down on previous years. Whilst salmon fry were down, parr numbers were up considerably. Trout numbers were up too. It’s a lovely wee burn with many deep pools and great character. I half expected to find perch or pike too due to it’s close proximity with Bogton Loch, but I’m relieve that we didn’t. 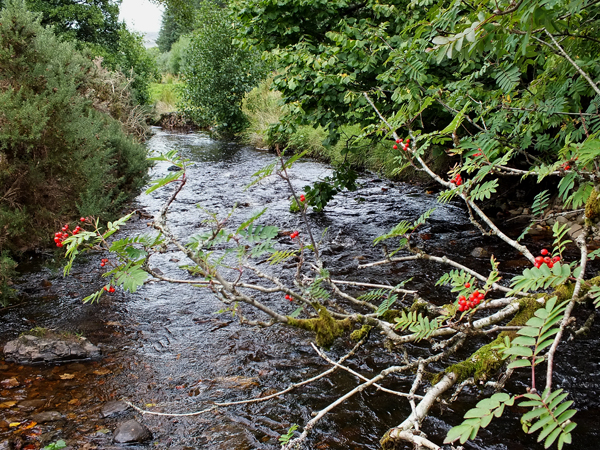 Finally, we couldn’t leave Dalcairnie without a quick visit to the falls to let Joni see them. Suitably impressed we headed back to the office to complete some paperwork before finishing another week. Our thanks to Joni for being a real help this week and we all wish her well. She will be welcome back at any time. 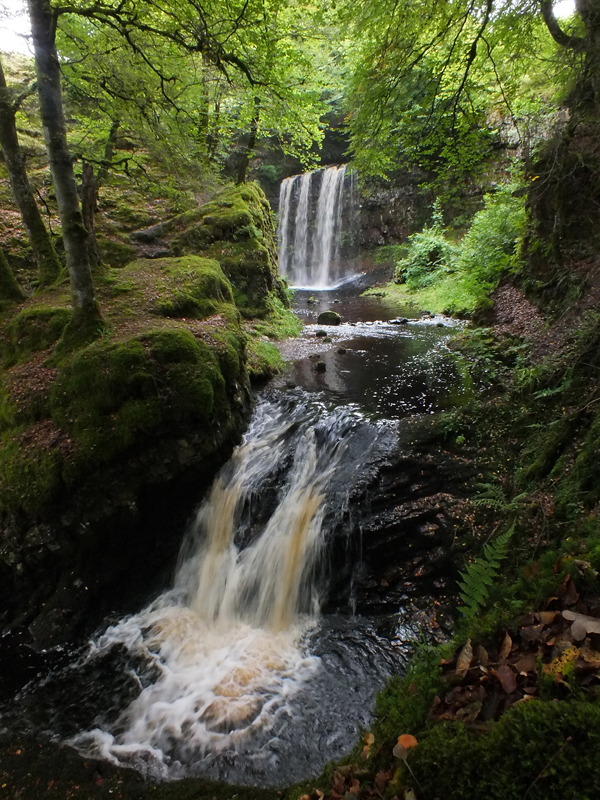 Update to our previous post on the Doon surveys.

I’ve added 3 charts below that illustrate the results at 3 sites over the years. Previous stocking skews the results but I’ve made clear when stocking took place with an red asterix.

I am concerned that after all the effort stocking salmon, there aren’t more fish at Sillyhole Bridge on the Cummock Burn. The habitat has changed drastically over the survey years (for the better) but there is a lack of cover on the bed of the burn. Perhaps boulders could be added. The lush margins provided most of the cover for the fish we caught this week. Previously there was little marginal vegetation. Silt has been a problem at this site in recent years along with enrichment, both stemming from open cast mining. Hopefully now that production has ceased, we will see improved fish stocks in the coming years but we remain concerned over the polluting discharges from sites that are no longer managed. I’d like to try cleaning the gravel at this site before spawning time this year to see if egg survival improves.

The Dunaskin Burn chart indicates some improvement this year and I’m especially pleased to see the number of parr at that site.No stocking has taken place since 2008.

The habitat at the Muck water is improving slowly due to the log constrictors and stocks are up on the last year that this area was stocked and surveyed in 2006. If more boulders were in the muck at this site, I’m certain more fry and parr would survive here. Every small in stream rock produced several fish during yesterdays survey. 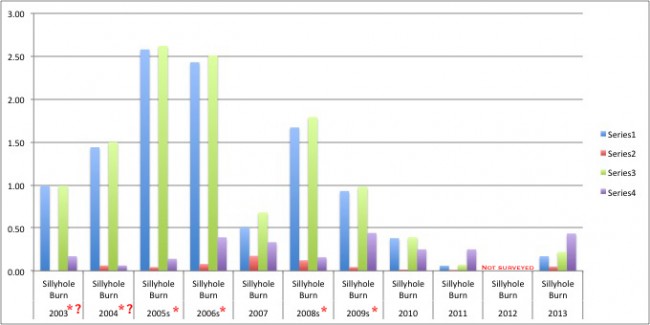 ← A wet afternoon on the Doon Skelmorlie Water →