I came across a very small recently rooted Japanese Knotweed plant last Saturday evening when walking the dogs along the River Ayr. I carefully removed a few cobbles and stones to avoid breaking the root off and removed the plant. I had in mind a wee experiment to see just how hard this plant is to kill. 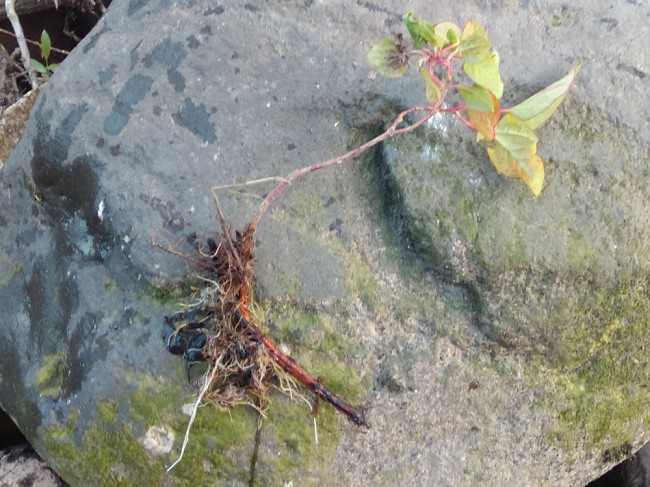 A small Japanese Knotweed plant that I removed from a riverbank to undertake this experiment. This is effectively a cutting that had rooted into the riverbank after it was broken off a parent plant.

After air drying the root section in the cab of the van for 5 days, it appeared shrivelled and completely desiccated. To all intents and purposes, this plant appears to be dead and I can’t think of any native plants that would survive such treatment. This afternoon, I planted this withered plant in a bucket of soil and watered it well. I will now keep an eye on it to see if the plant manages to recover. It’s not a scientific experiment. I didn’t weigh it before drying or after. This is merely a trial to satisfy my curiosity but we may repeat it later and record all parameters and results as part of our CIRB commitment as it is bound to be of interest to our partners too. 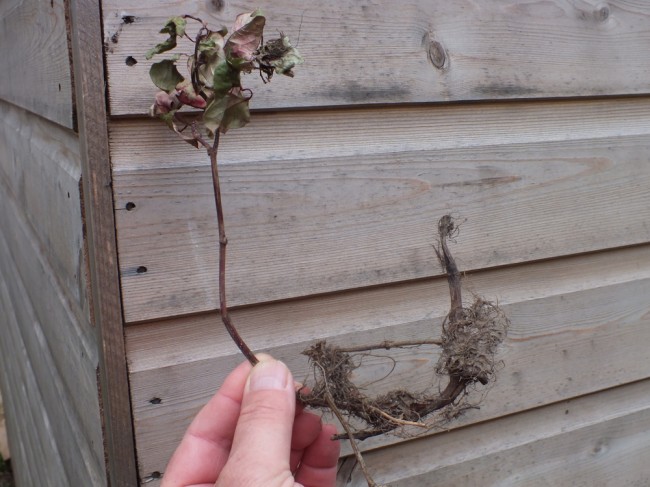 The same wee root and shoot that I removed from the River Ayr last Saturday. It was shrivelled, hard and brittle. To most people, this would appear dead but I do have my doubts. Time will tell. 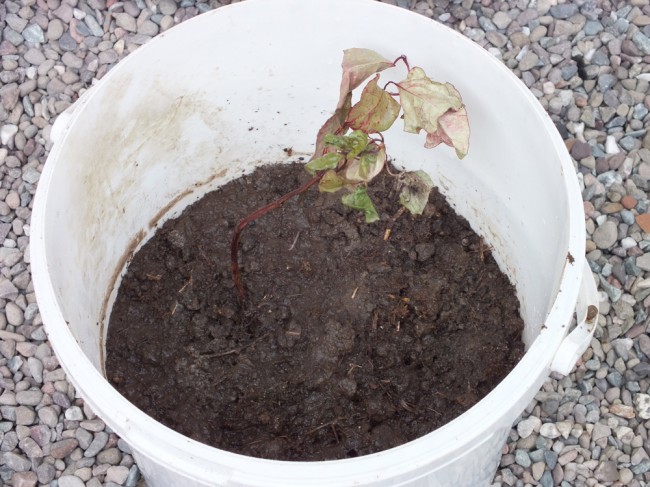 The plant now once again in a growing medium and well watered. I wonder how long it will take to show signs of regrowth (if at all).

Japanese knotweed is notoriously hard to kill even with proprietary chemicals. Through the CIRB project we will shortly be assessing the effectiveness of chemical control on the plant’s root system several years after spraying and injecting this plant at various locations. Although the plant appears to be dead, we have concerns that it is just dormant. Last week I found a stand that had been sprayed effectively on the Stinchar with no regrowth obvious. Someone had disturbed the surface with machinery where the plant had once grown. I lifted a section of root from the loose soil and found that new roots had developed on the rhizome. This is very concerning and exactly the reason why we will be looking at the effectiveness of chemical control not just on the surface plant material but also the root system. Was it the disturbance that had triggered the regrowth? Is injection more effective control than spraying. There are many question still needing answered. 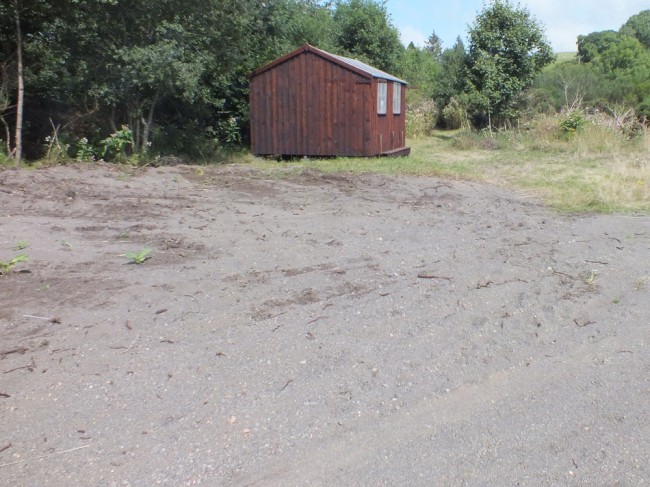 Japanese knotweed grew densely on this site that has now been levelled out. Broken roots are visible sticking up through the surface. We have yet to ascertain who did this and why. There was no obvious need to do this and we are unsure whether and material was taken off site and if so to where? 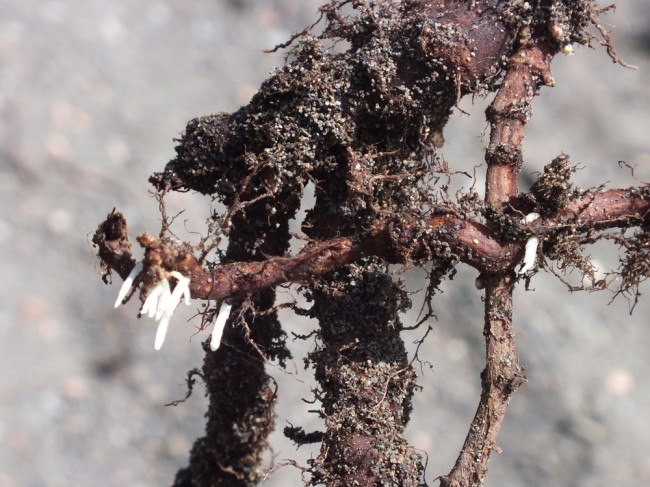 A section of root from the disturbed soil. The stand of JK was controlled in September 2012 by spraying Glyphosate at the manufacturers recommended concentration. The treatment  appeared to be highly effective with no regrowth obvious. Following disturbance of the soil, this ‘dead’ root miraculously appears to have sprung back to life. This is a very worrying discovery as we near the end of CIRB.