Once again the rivers rose overnight and the Stinchar and Girvan seemed to catch most of the rain.  Following the problems that I identified with access to the fish pass at Catrine Dam, I returned this morning to see if the fresh run fish that I expected should be arriving, would find the entrance any easier. The flow was up but not that much and there were a few fish showing in the middle pool. None were anywhere near the entrance to the ladder and most appeared to be trying to run the dam back. There was a steady stream of trout leaping into the white water at the rock armour and one of around 2lbs landed amongst the rocks at my feet. I watched for an hour and filmed a few videos which I will upload at some point when I have time. The salmon that were showing were fish that had been in the river for some time and all were coloured. I did hear that fresh fish were encountered this morning in the lower reaches and that there was a good run on it’s way upstream. Lets hope so. 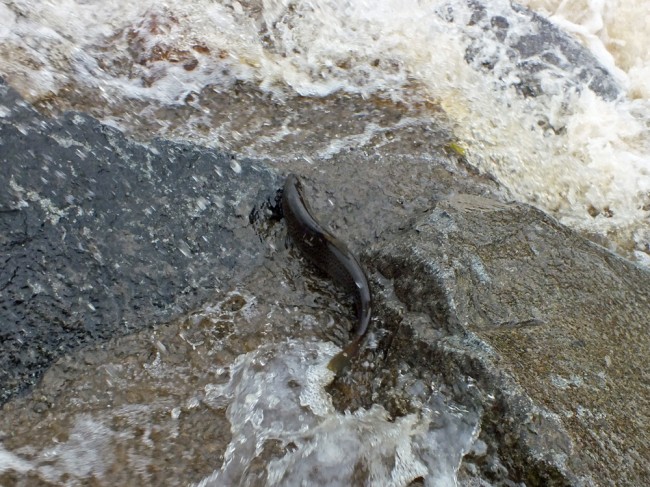 A nice trout that wouldn’t have been far off a couple of pounds in weight landed at my feet. 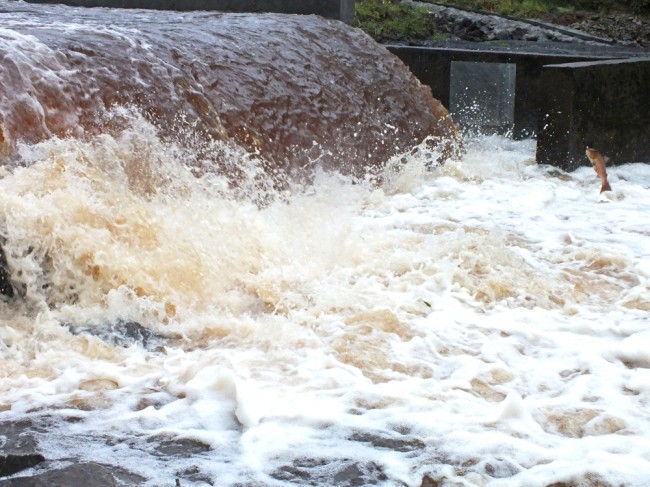 Leaping in the wrong direction. The entrance to the fish pass is totally obscured through the volume of water coming per the dam.

I contacted SEPA this morning and arranged a meeting on site. By the time I met SEPA on site an hour later, the river had flown up by around 1m. The outcome of that meeting is that there is agreement that fish cannot find the entrance to the fish pass and that urgent action to improve the situation is required. We met officials from CCT onsite clearing the fish pass and discussed the situation with them. Whilst they don’t have money allocated for further improvements,  SEPA did indicate that an urgent modification is required as soon as river levels allow. A more permanent solution can be determined at a later date but in the meantime, either an opening in the end will will be cut or the wall removed to allow fish to enter the ladder. 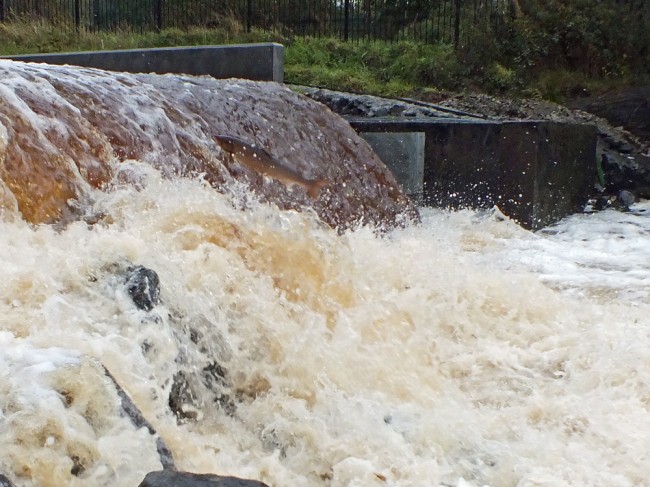 Another salmon failing to find the fish pass. 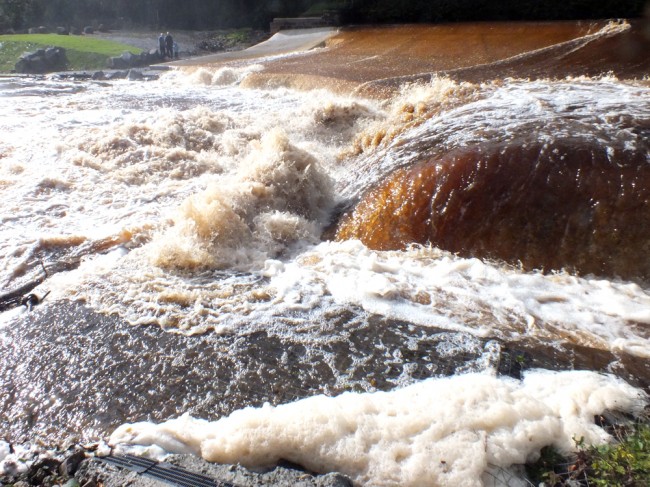 The river overtopping the end wall to the fish pass. An hour before this, the levels were as in the photos above.

The bulk of this years fish are still to arrive at Catrine and they must be able to move upstream of the ladder to the spawning grounds. I will update the blog when I have further news of what’s to be done to improve the situation. I will be forwarding a sketch and ideas for a more permanent solution but we will have to wait to see what CCT’s Fish Pass expert advises. Hopefully we will have some input that helps.