Further to a meeting with SEPA yesterday, I again met their representative at the dam this morning along with someone from CCT. Water levels were dropping and it was prudent to recheck the fish pass operation before instructing CCT to make further improvements as we discuss yesterday. What is certain is that something does need to be changed to make the fish pass accessible between the Q90 and Q10 levels (the flow that exists for 80% of the time). The alterations need to happen at the first opportunity as fresh salmon began to appear at Catrine this morning. 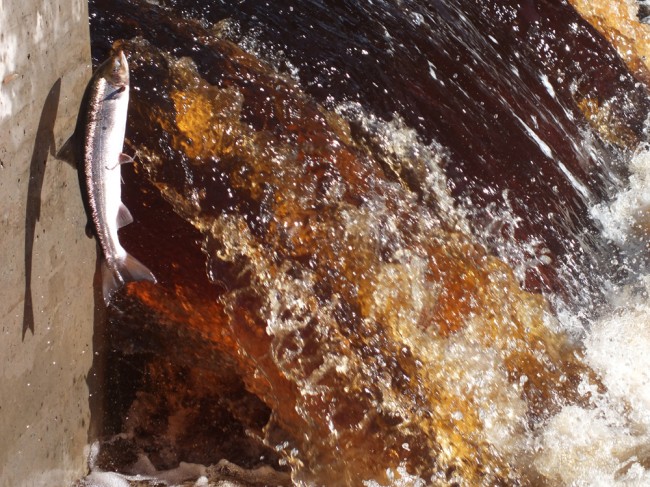 Although this fish missed its target, at least the concrete is more friendly than the previous rough surface that had metal bars sticking from it. More fish were seen and some going straight over. This part of the alterations are a great improvement. This one was fresh  from the sea. 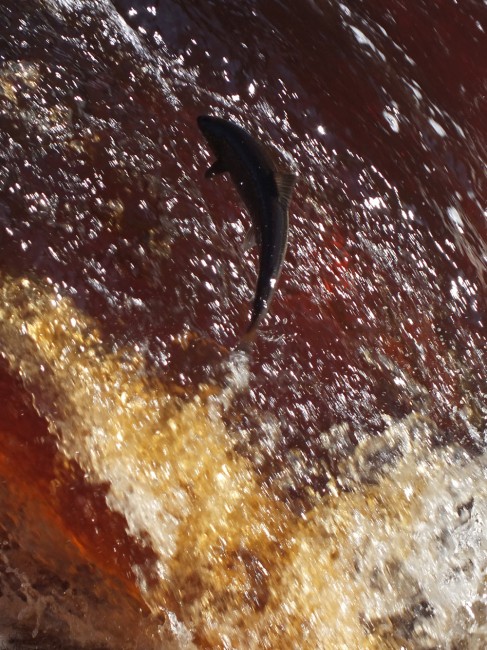 Going straight over but I couldn’t tell how fresh this salmon was.