Silt pollution is very very damaging and as we approach spawning time, there’s nothing more frustrating to see than large volumes of silty water heading downstream from a site who’s managers should know better. It was made very clear to RJ McLeods agent at a site meeting before in stream works started that this sort of incident was to be avoided at all costs. 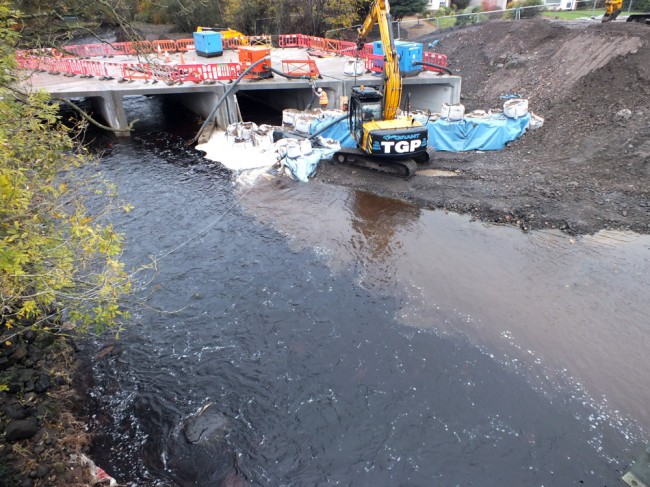 How anyone could think this was acceptable is beyond me. 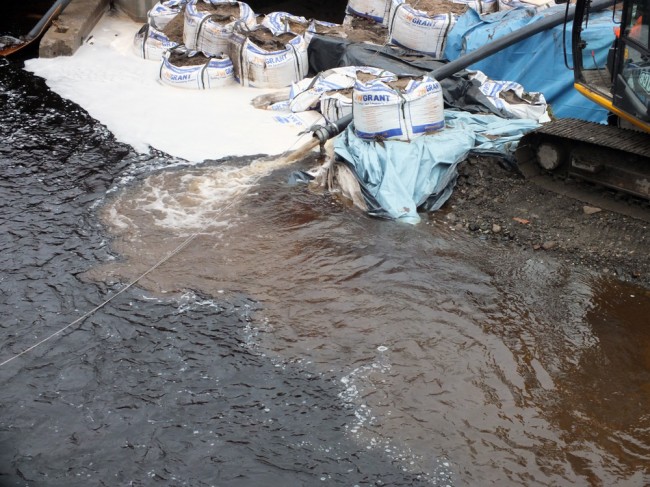 A silt buster used as a pump!

To date, I’ve received several comment that the Kilmarnock Water was silty as a result of the activities at this site. With the best will in the world, there no way a total removal of suspended sediment will ever be achieved and we have to accept minor silt at at times as a trade off for the improvements that are coming for the long term. I haven’t visited the site until today and witnessed any silt problems with my own eyes so there’s been nothing that I could do about it until now. This morning, I immediately had words with the site agent who agreed to immediately improve things. By the time I left the Foreman came to speak to me and was rather shocked by my concerns. He asked me what else he could do? 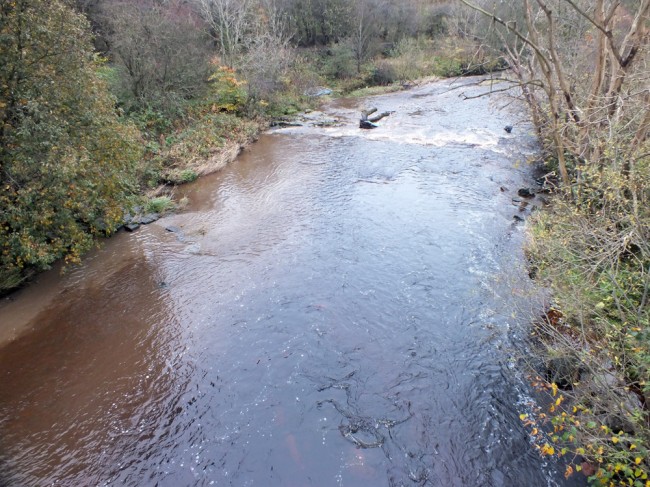 It didn’t take very long for almost the entire width of the river to be affected. The old weir soon mixed the muck with the clean water

Well posed with a question like that , I was annoyed and resisted a rant in favour of some helpful comments and advice but my parting shot was that regardless of what he did, I was going to inform SEPA, which I duly did. I sent through some photos and an email and called their office. SEPA agreed that things didn’t look good and I left it with them to follow up. Later in the day I received a call back from SEPA with an update. The silt buster had been moved and was discharging onto the grassy bank as I’d suggested. The silt curtain downstream appears to have been re erected too. I’m grateful that SEPA attended promptly and reinforced the need for protection.

I’ll keep an eye on the situation now but anyone local seeing anything unto wards at the site, please let SEPA and ourselves know immediately.