After an arduous shift yesterday, we set off bright an early for another day of netting at Caaf Reservoir. We had Max and Jim with us to help with relocating the fish to their new locations. Gary Anderson as ever was willing to get stuck in and that literally means stuck in… the mud is deep and makes it incredibly difficult to move along the water’s edge let alone stand up and draw a net. Mark and the Galloway FT staff were refreshed after a hearty cooked breakfast in the Loudon Inn and were raring to go. No matter how difficult the job was, I think everyone was keen to get on with catching fish. There’s always a thrill when a net is pulled and there’s fish in it even if there are just wee trout. 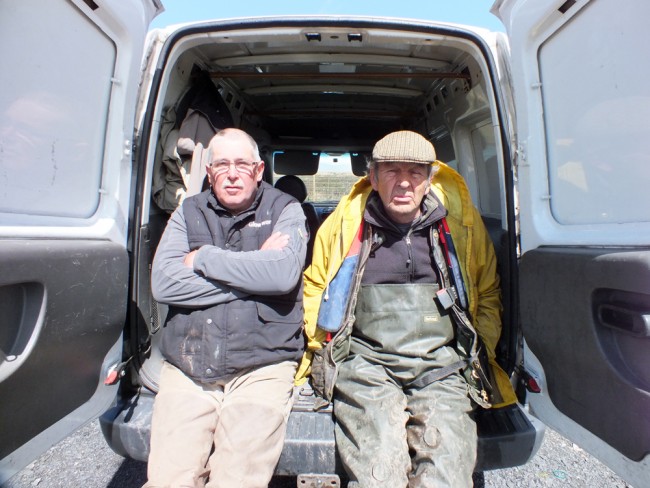 These cheery chaps were happy to get stuck in and delivered between 2 and 300 trout to their new homes.

At the back of 6.00am there was a heavy snow fall in Machine as I prepared for the day. I did suspect that we would see more snow before the day was out and shortly after we started, first it pelted us with hailstones followed by snow. This was the pattern of weather for the rest of the day and the wind was in our faces blowing from the West. Thankfully the welfare unit on site has heating and facilities for warming food and making a cup of coffee and I think we were all a touch reluctant to head back out after lunch, but we did. 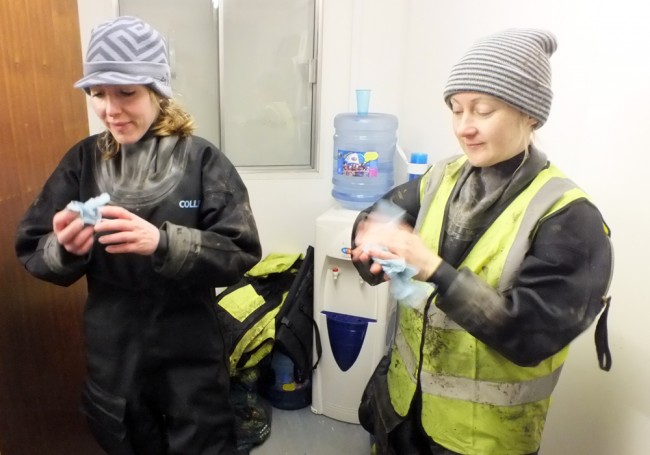 Rowan and Jackie from GFT cleaning up before lunch. 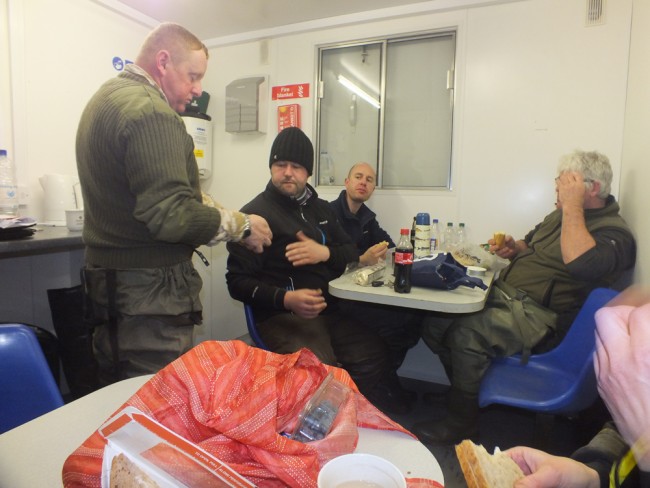 We changed tactics after a day and a half with the big net as we were noticing numbers reducing in the deeper water. As another tank of fish headed off towards Largs, the rest of us started netting the shallows with a smaller net in the hope that it would be easier to pull but the deep silt soon put paid to that thought. Netting over deep silt and mud is always going to be a difficult job as the lead line cuts into the bed and you end up catching a bag full of sediment and fish.  We did however manage three draws before we called it a day, aching from our efforts. The last batch of fish again went on to their new homes where I was pleased to see them swim away in crystal clear water. I’m sure the fish will do very well where they’ve gone to as the feeding appears to be much better. We will monitor their progress over the next few years. 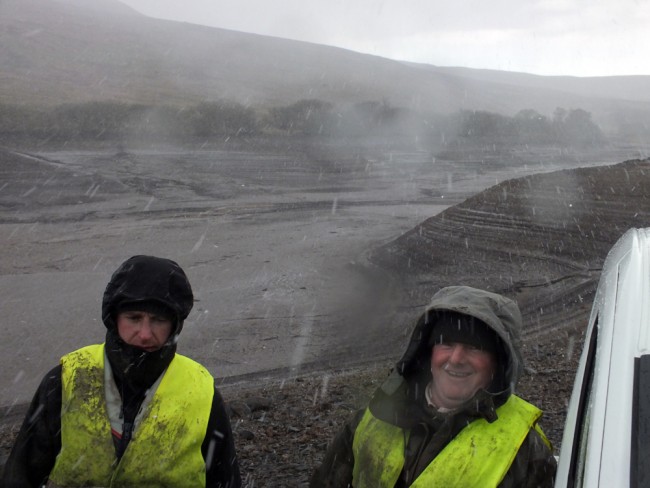 The last job of the day before leaving the site was mooring the Dory and setting the fyke nets. We had about 20 trout this morning and I expect there should be more than that tomorrow morning when we lift them. Rather than take a chance and leaving the dinghy on site we again hauled it over the mud and up the steep bank to the trailer. This, is possibly the hardest job of the day when energy levels have been sapped by the mud and the cold.

We will return in the morning and finish off this part of the rescue. More will follow as levels reduce still further but until next week, tomorrow sees and end to this type of netting at the reservoir. In all by close of play tomorrow I  expect was should have saved and transported around 2000 wild brown trout. Fingers crossed tomorrow’s weather improves.