Following the bank stabilisation we installed at Kilkerran on the 16th April this year, we nipped back recently to check how things were looking.

There has only been one small run of water since that date but none the less, there appears to have been  some build up of silt behind the faggots we placed at the upper erosion point. There are shoots sprouting from the willow so hopefully that measns there’s root development too. 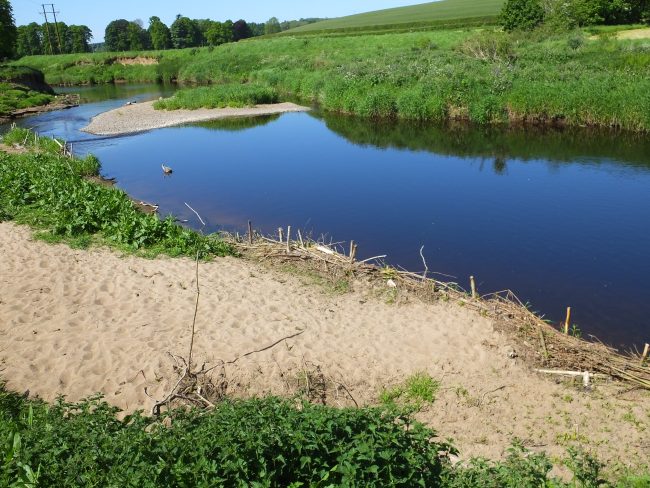 Willow faggots that appear to be trapping fine sediment already and have started to sprout.

Gary Anderson spent much of the time we were on site planting around 1000 willow cuttings that he had prepared and brought with him. These wee cuttings have largely taken too and I can just imagine how these banks will look and perform in just a few years time. 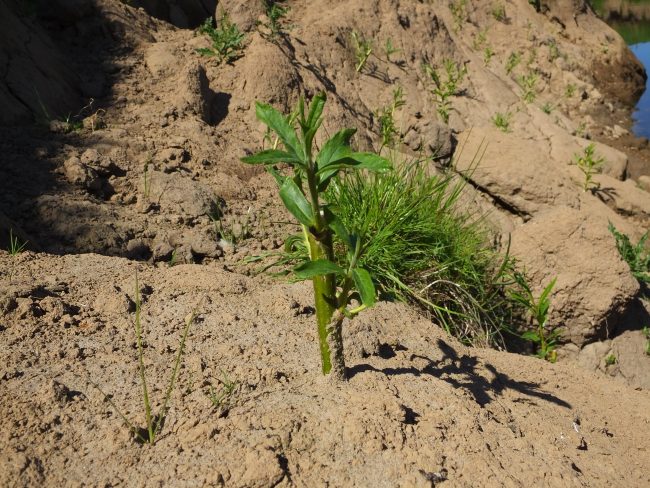 A willow cutting that seems to be doing well. In the background, there are many others that also appear to have rooted.

The lower willow spilling that we weaved against a threatened section of banking appears also to be doing well and once established should hold things together well. Ideally if livestock could be excluded from these erosion points, then they would have better chance of surviving and doing the job they are designed to do. Sheep have long been a problem here and unfortunately, their behaviour is a large part of the problem, but not  all. This is a section of the river that has been modified and the river is trying to cut its way across the floodplain from which it was disconnected some 150 years ago. The volume of silt mobilised on the Girvan in the middle river is having a detrimental impact on salmon and trout recruitment downstream and we see fencing and bank stabilisation as the greatest priorities when restoring salmon populations in this catchment.

By installing spilling we hope not just to stabilise the banks but also provide shade for fish and help to defend against global warming. Over the next 50 or so years, we may expect water temperatures to rise by 4 degrees C on average in Scotland and that could be devastating for salmon populations. The roots and trailing branches should also provide areas of refuge away from predatory birds than can reduce fish stocks considerably. What’s not to like about this method of bank stabilisation? 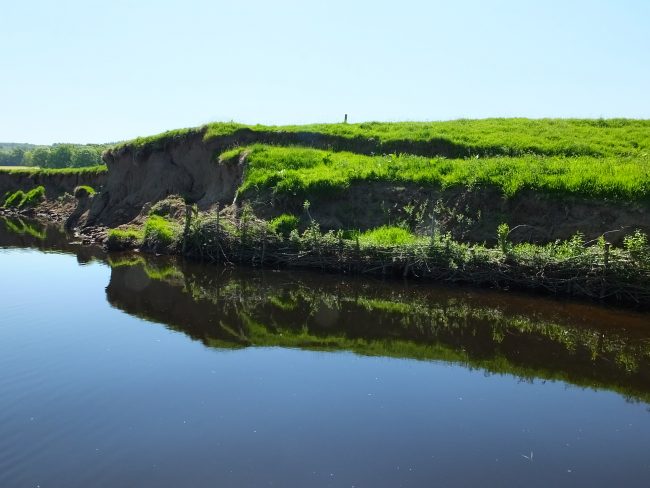 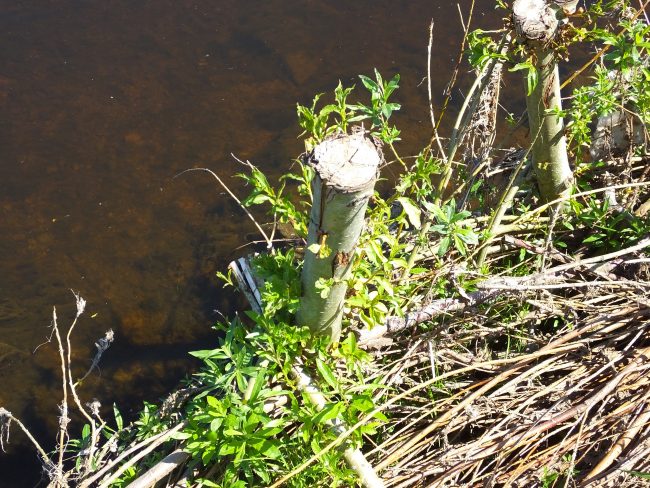 The scale of the problem means we are limited to what we can realistically achieve but with the will and support of others, every small step we take means progress towards improvement. Thanks to the volunteers who assisted and I will keep updating this post as we see change.