River Education Project gets underway on the Stinchar and Girvan.

A couple of weeks ago we began an education project that will be delivered to ten schools in the Stinchar and Girvan catchments in South Ayrshire. The project focusses on introducing primary school pupils to their local stretch of river. Funded by Carrick Futures, Hadyard Hill and South Ayrshire Waste Environment Trust (SAWET) the project gives pupils the opportunity to learn about the fish in their river, the invertebrates that the fish feed on and why riparian trees are important for aquatic ecosystem functioning. 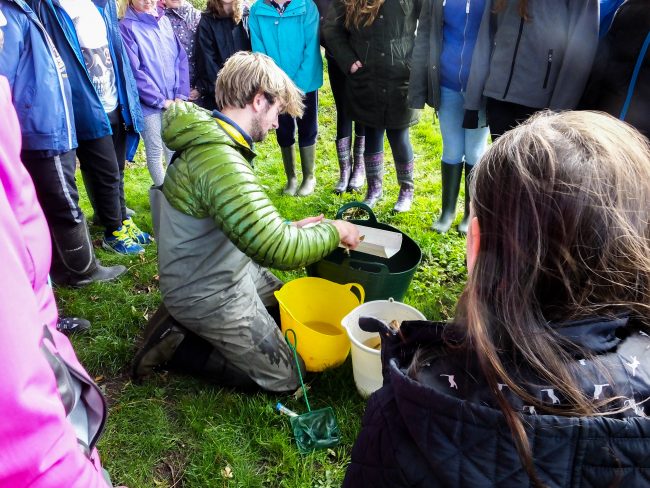 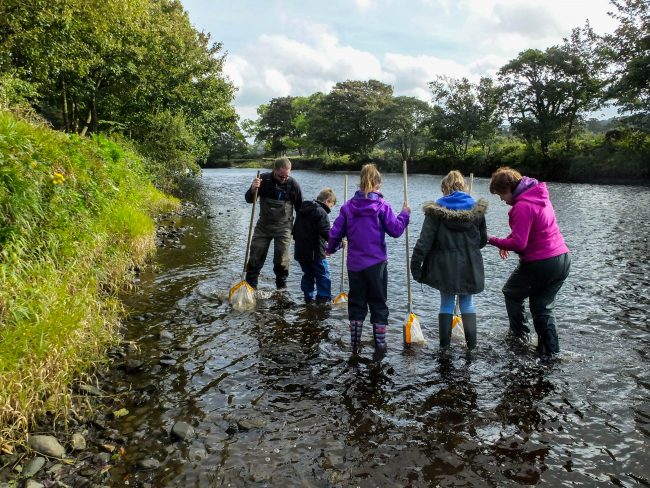 The project is delivered over two visits, with the first visit introducing the pupils to their local river where we provide an electrofishing demonstration with a fish identification and biology/ecology workshop. Following this the pupils get the opportunity to get in the water and do a kick sample (invertebrate sample) with staff and teachers supervising. After the pupils collect their invertebrate samples we head back to the classroom which for the afternoon we turn into a laboratory with microscopes, magnifying classes and identification keys. The project thus far has been well received and the pupils enjoy their time on the river as well as their time in the classroom. For the staff its very rewarding to see the pupils responding and engaging so well with the project, we hope that we may inspire a few to follow in a similar direction to that of the Trust staff.

In a couple months time we’ll return to each of the schools we visit to do some tree planting on the banks of their local watercourse. This will allow the pupils to plant their own tree and watch it grow over the coming years and see the benefits of their actions. 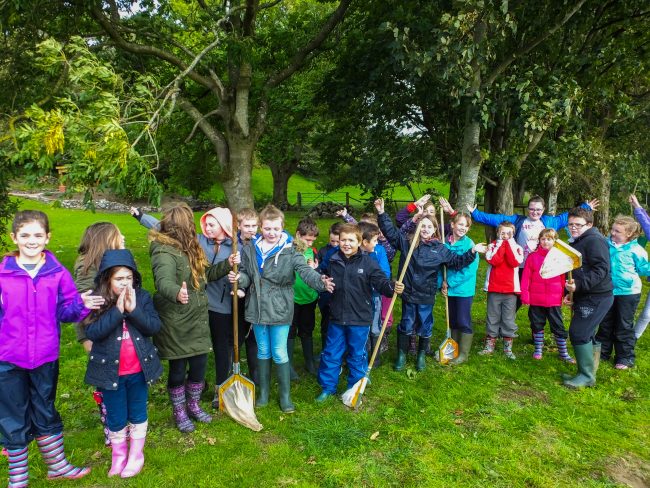 Ballantrae Primary School pupils enjoying their morning on the river and showing how big the fish we caught were (there’s definitely some fisherman’s tales being told here)! 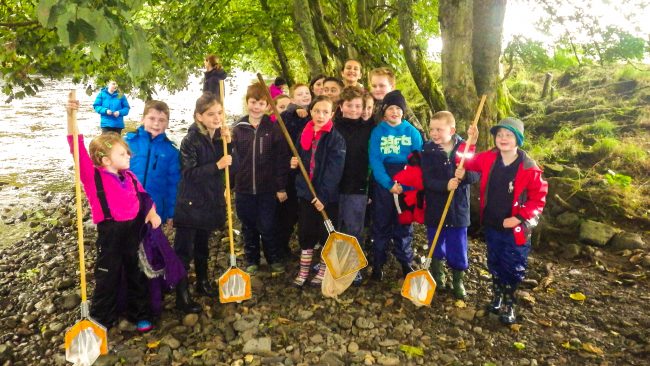 We have ten schools that we’ll be visiting over the coming weeks, recently we visited Colmonel and Ballantrae Primary Schools. Whilst waiting on the old bridge at Ballantrae Gordon and I were lucky enough to watch a couple of otters swim from the croy downstream up to the bridge before disappearing. Whilst waiting on the banks at Ballantrae a few pupils were fortunate enough to see a few salmon leaping, getting on to the river bank on a beautiful October morning can’t be beaten. 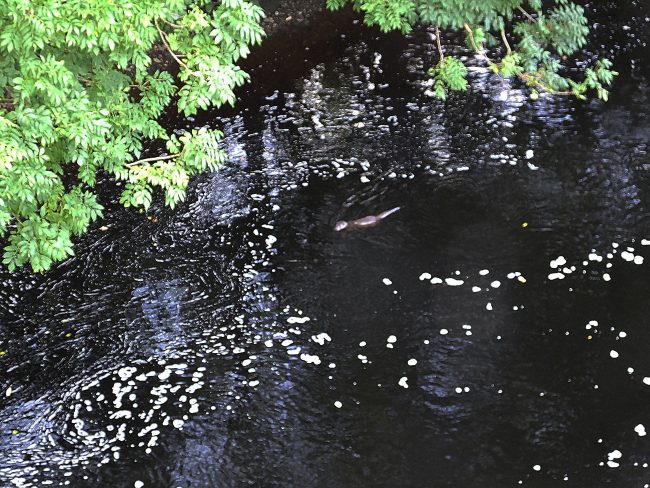 An otter makes an appearance…typically the camera was in the wrong setting hence the poor picture.

We are grateful to our funders for helping this project take place and to Robert Dalrymple and Gilbert Brown for their support and allowing us access to their river banks.

‘Supported by Hadyard Hill with funding from SSE wind farm’