We attended the Clean Up Tarbolton Woods Campaign event at Montgomerie Castle on the Fail this afternoon. I was pleased to see so many local families turn out and enjoy the activities that CUTWC had laid on. Burgers were available and enjoyed by all.

The Water of Fail is almost certainly the River Ayr’s worst tributary although several others are poor. It has loads of potential and could be restored to a healthy environment with adequate investment. With the Landfill in liquidation, we need investment to prevent further environmental damage taking place…at the same time, perhaps Scottish Government or its agencies could throw some money into improving water quality and restoring the fish and habitat on this burn. No projected water quality improvements are on the cards until at least 2027… that’s really not acceptable

The burn didn’t look too good today; opaque, silty, smelly and low. None the less, we decided to electrofish a selection of the fish from the burn with our fingers crossed that we may catch at least one trout and possibly even a salmon. Minnows, stoneloach and sticklebacks made up the bulk of the catch but that wasn’t unexpected as they are pollution tolerant species. We were please to quickly find a trout, and then another, and another…. We managed 5 for our efforts and all of the same year class (2+ years old).
We took these to the middle of the ‘Brownie’s Parlour’, a clearing in the woods, where the barbecue was well underway and showed the kids and adults all what we caught. I think everyone was delighted to see such beautiful wee trout in the burn and after a short while, we released them back to where they came from. These few trout are next year’s spawners so hopefully they will survive and complete the first reproductive stage of their lifecycle and with any luck several more. 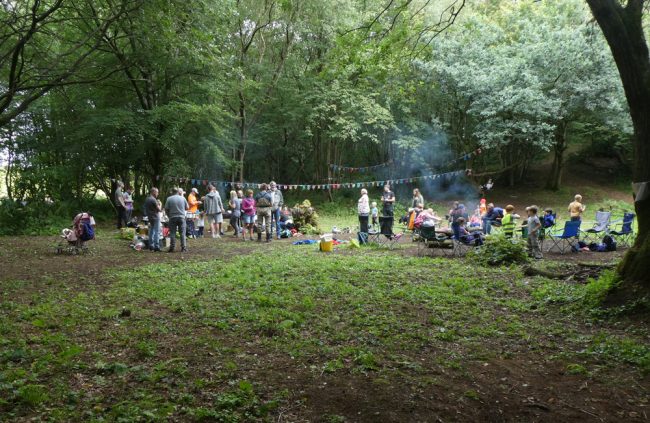 The Brownie’s Parlour in the woods where there was a meeting of the minds and all ages. What a great initiative by the CUTWC group. Things are looking so much better and we hope to be able to improve the burn both in this area and throughout the catchment with support from funders and stakeholders when we find willing partners.

The Fail has many problems and we’ve highlighted some of these in the pictures below. Silt appears to be a main factor limiting productivity but the burn is clearly enriched and that comes from agricultural inputs and possibly landfill leachate. 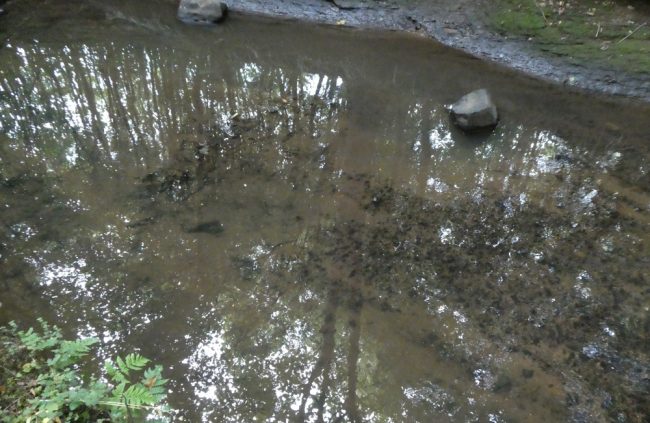 Habitat smothered by silt. Nutrient enrichment is obvious. We need a change in agricultural practices and improvements at the landfill if this catchment is ever to improve. Water quality is so bad that there’s no projected improvements before 2027…that isn’t acceptable. 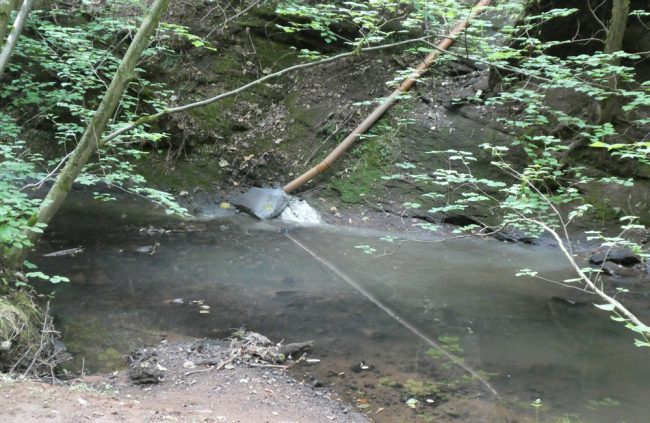 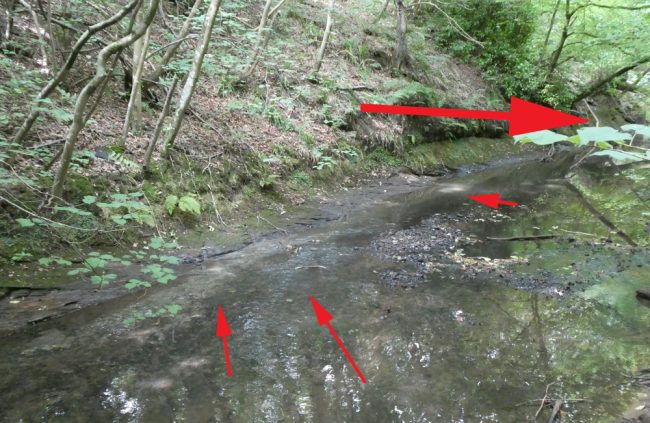 The impacts from this discharge are obvious for some distance downstream and extend beyond what is visible on the surface to the naked eye. The invertebrates are good indicators of long term water quality issues

We hope we can build a project with partners to improve the burn and the adjacent habitat. Goodness knows it needs some amount of help and investment but this has to start somewhere and after today, I am encouraged that it would be well supported. Well done to CUTWC for getting their community on board and making such a difference to the woods. This is the incentive that was needed for us to revisit the Water of Fail and invest time into it again. We are 100% behind you. Let’s hope we can secure support from the DSFB and others to kickstart a restoration project for the Fail.