Last year we translocated wild salmon fry on the Girvan from high density areas to tributary sites lacking salmon. There were no underlying problems to address other than a lack of salmon spawning in these burns. This could be as a result of declining numbers returning from the sea and the burns not filling as far up as they used to or possibly as a result of water flow at the time the salmon intended to run. There are difficult cascades and a series of small falls that are only passable in certain flows; if the fish were too late getting there, then the opportunity is lost. Whatever was responsible for the failures we can be certain it wasn’t water quality or habitat degradation as the chosen sites have everything they need for salmon recruitment. 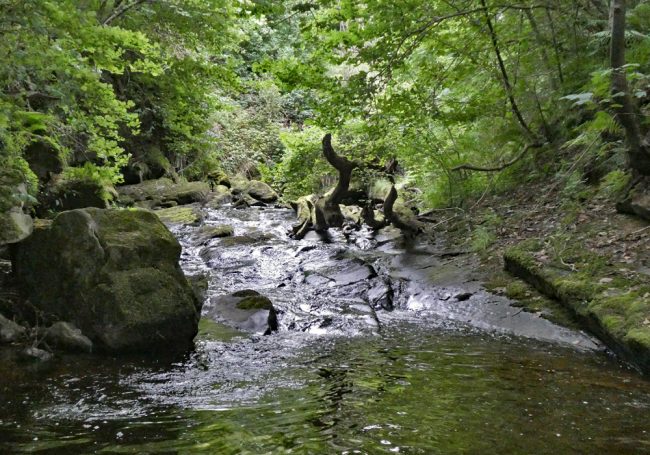 Translocation avoids making any breeding selections for the fish; they do that themselves naturally. As salmon fry suffer mass mortaility in their first season, then taking some from a suitable high density area and relocating them to a nearby low density area may actually reduce losses through competition and predation thus benefitting both the source and receptor site. Crucial is the source location in relation to the receptor. They must be very closely connected and the fish spawning in the main site could easily be related to those that would spawn in the receptor. The last thing we want to do is mix genetics from fish destined for another part of the river system and that the beauty of this simple method over traditional stock with hatchery reared fry or ova. There are many other befits too, not least that these fish are wild through and through and survival of the fittest ensures that only the best will make it back to spawn in years to come. 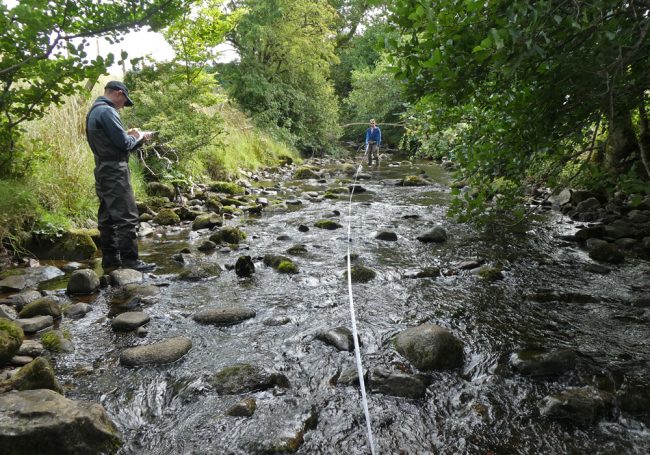 Recording salmon and trout densities at a site before translocating fry. It is essential that the receptor site isn’t stocked over the top of a healthy population of salmon. Traditionally this burn produced both salmon and trout 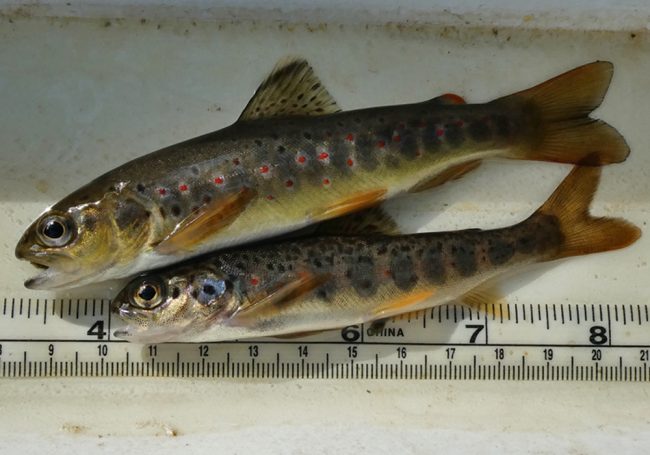 Trout and an adipose clipped salmon parr side by side. The salmon was translocated to this location last summer.

We returned to receptor sites on the Girvan today to check on salmon parr that were translocated last year. We were pleased to find some of our fish doing very well. Some have moved downstream a short distance (others may have gone further) and some are still in their original stocked location. They were all fin clipped before release to allow identification. Now that we have confirmed these sites are suitable and checked that there was very little or no spawning activity last winter, we will again translocate more fry from the main river near the confluence. Hopefully in a couple of years, anglers will be able to report catching adipose fin clipped salmon which we would request they release to allow them to spawn in these burns to continue the recovery process. 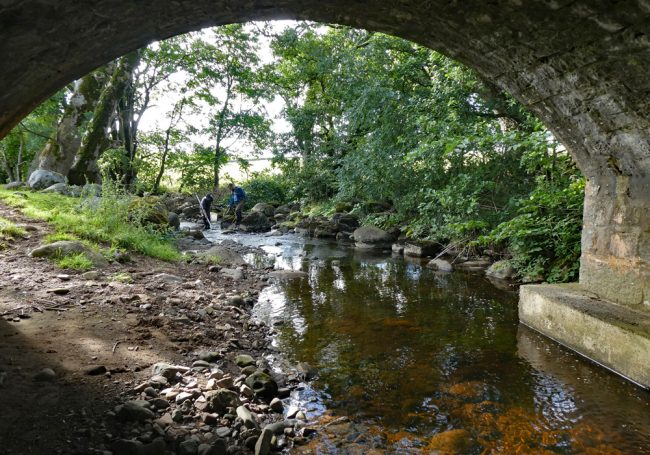 We have performed translocations since 2014 in particular locations on the Doon to ensure we had stocks of wild salmon returning to the upper catchment where numbers are critically low. We’ve monitored these fish from fry through to smolts and this technique appears to work well; at least in the freshwater stages of their lifecycle. We are eagerly awaiting evidence of a returning salmon from this project either passing through the counter at Loch Doon where their internal microchip will trigger a record on our counter or from an angler catching one in the system. All fry were clipped but only those recaptured as parr or smolts were microchipped.