Shark attack or something less sinister?

We received a report of a dead cetacean along Newton shore at Ayr today. Gillian is a marine and freshwater biologist so she and I headed to have a look.
Apparently it has been on the beach since Friday and the carcass has deteriorated over the weekend as to be expected. However, it wasn’t yet putrid and we had a close look. 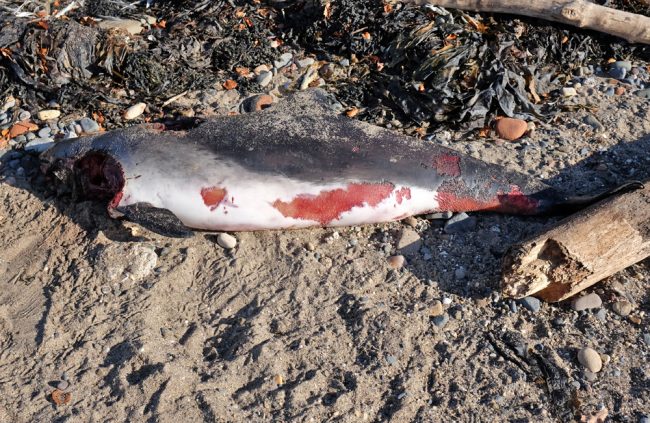 Immediately it seemed obvious that there were several large bite marks.

This was a Harbour porpoise measuring some 157cm +/- 2 or 3 cm. It is the smallest of the porpoise living around the UK shores and we’ve seen them previously all along the Ayrshire coastline.

This specimen appears to have suffered a severe attack by an unknown predator but possibly a shark or grey seal. There were at least 3 distinct bite marks with a radius of around 23 -25cm across.  These wounds may have caused this animal’s death but we can’t be certain as they could have occurred post-mortem. The size of the bites marks were probably too large for tope (one of the more common shark species nearby) but there are larger species on the west coast. They could also be the result of a grey seal attach followed by scavenging birds enlarging the woulds. 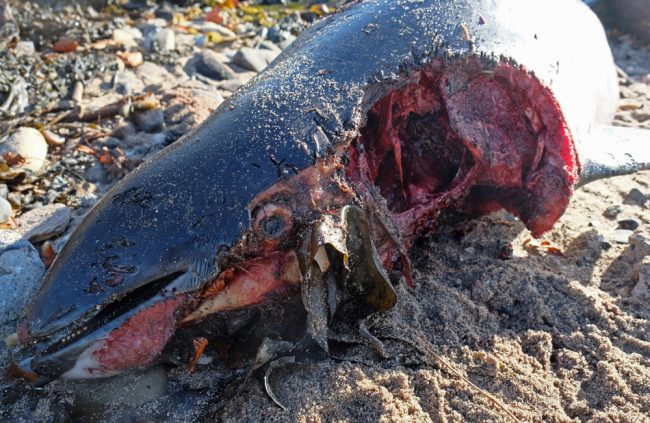 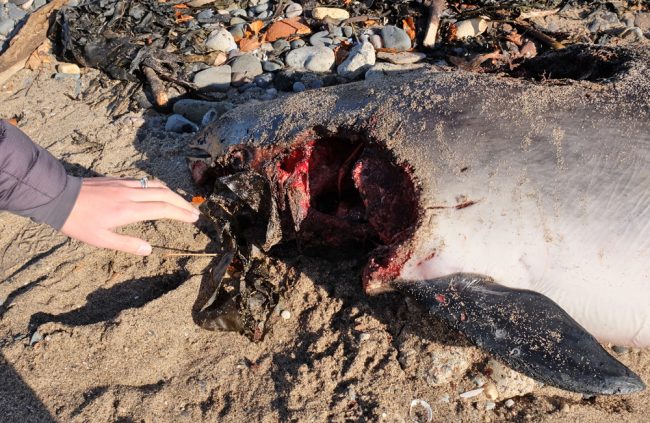 Gillian’s hand provides scale to the size of this wound. 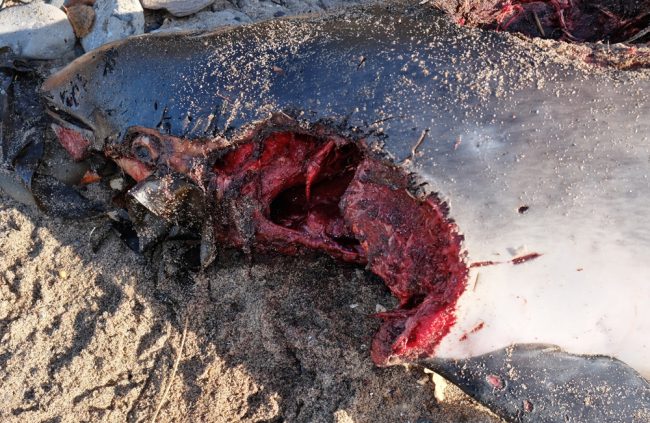 We shared this on our Facebook page and it attracted over 1000 post engagements in the first hour. If only our hundreds of post about the plight of Atlantic Salmon could attract such concern and interest, just imagine how things may change.

← Silt and other issues affecting productivity Skeldon Weir on the Doon →