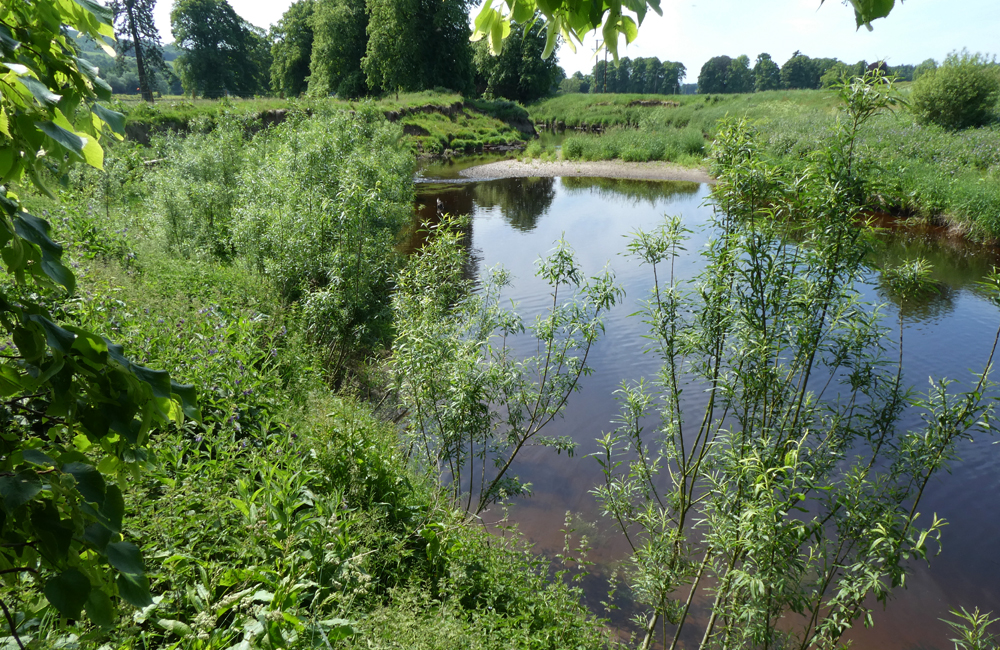 The Trust in partnership with the River Girvan District Salmon Fishery Board embarked on a project to address river bank problems at Kilkerran Estate on the River Girvan due to historic straightening and the building of levies on the river banks by landowners, most of which was undertaken prior to the 1900’s. The river is attempting to re-meander away from the artificial straightened channel. As it cuts into the high banks, tonnes of sediment and soil are eroded and contribute to diffuse pollution in the catchment. The mobilisation of fine sediments has serious ramifications for fish populations as excessive silt can infiltrate spawning gravels, smother eggs and reduce the flow of oxygenated water reaching the eggs. This can ultimately cause mortality through suffocation. 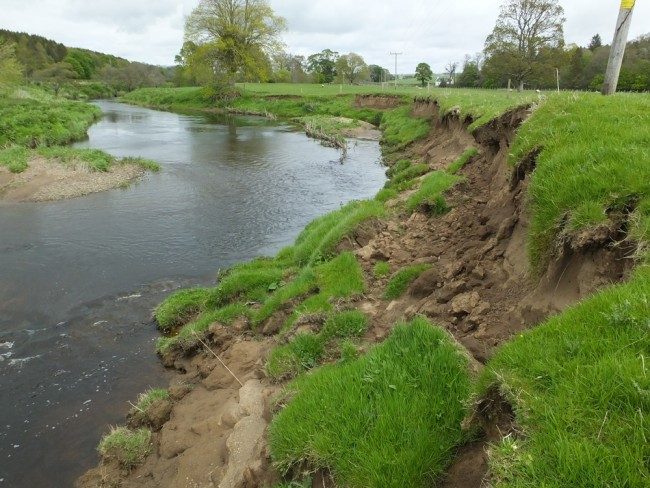 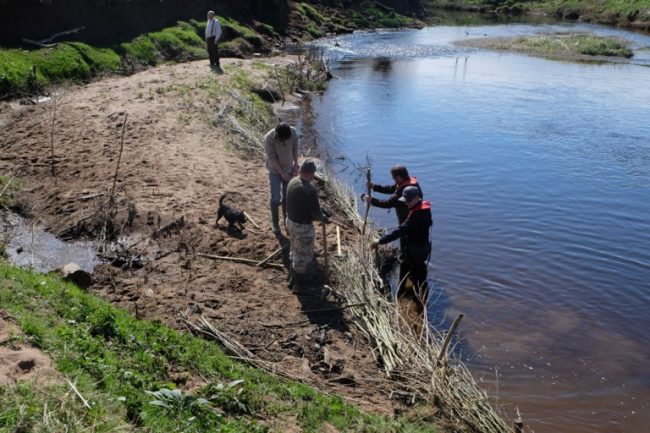 Hard engineering techniques such as rock armouring or gabion baskets are now only used sparingly in the riverine environment due to their reduced conservation value. In this project a more sustainable option was used using green engineering including willow spilling and brash bundles. Tree planting and livestock fencing complemented this softer approach with experimental ‘leaky barriers’ constructed of willow stakes and brash also used to prevent livestock entering the fenced off area at the waters edge. 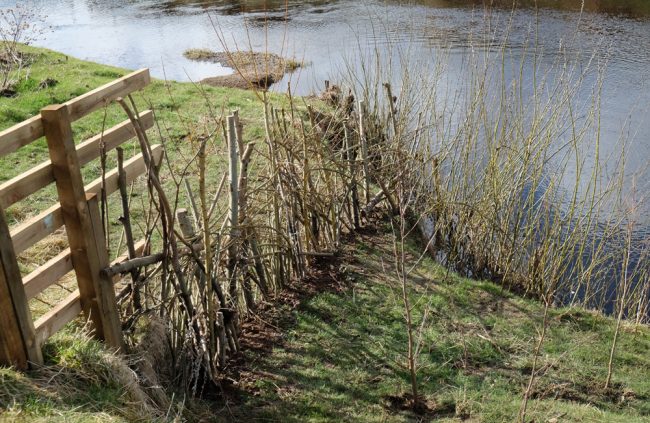 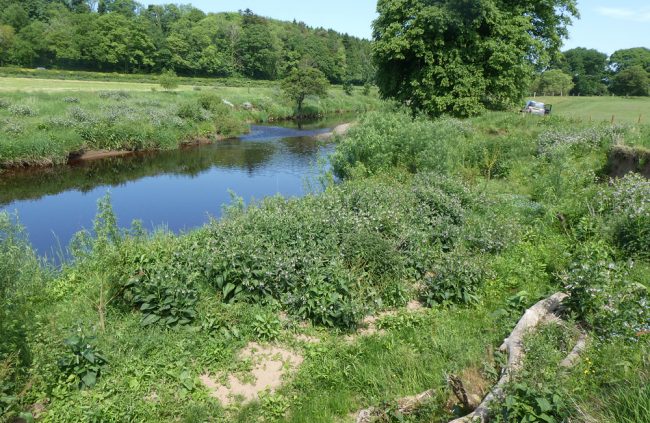 Funding for this project was from The River Girvan District Salmon Fishery Board and Carrick Futures.